Is it enough to turn into a fully-fledged lover?

Review April brings not just showers but traditionally a new release of Ubuntu, this time 15.04. With Ubuntu 15.04 will come Xubuntu and with that an update to Linus Torvalds’ briefly favoured Linux desktop (Xfce), version 4.12.

Some of what's new in Xfce 4.12 has already been a part of Xubuntu for some time, but Ubuntu 15.04 will see the rest arrive.

Xfce 4.12, released recently, is a major update for the desktop that very nearly became the Debian default. Xfce has grown in the last few years as the project has become something of a refuge for those unhappy with GNOME.

Torvalds, in a now-deleted Google Plus post, had called Xfce "A step down from GNOME 2, but a huge step up from GNOME 3".

Xfce's biggest problem seems to be that no one sticks with it. Torvalds soon moved back to GNOME and, after experimenting with Xfce, Debian also went back to using GNOME as the default for the upcoming Debian Jessie.

Perhaps some of that is due to Xfce's sometimes clunky-looking interface. And while it's similar to GNOME 2.x, it's also just different enough to be a little confusing for GNOME 2.x users. Settings are in different places, panel controls don't behave the same way and GTK3 support has, until now, been spotty.

Fortunately, Xfce 4.12 is a huge leap forward, both in terms of interface design – which is vastly improved in this release – and functionality. The most immediately noticeable changes are the numerous instances of added visual polish to the user interface.

The result is a desktop that's not just an alternative to GNOME and Unity, but one that's every bit as sophisticated and refined. 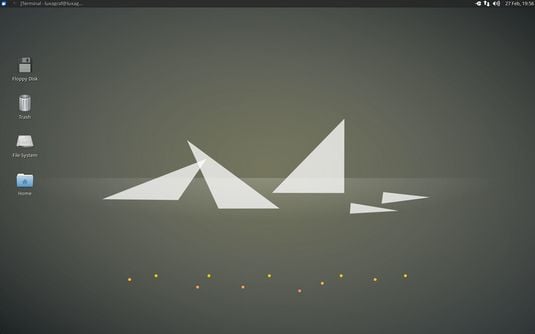 Visual polish on the Xfce 4.12 interface is noticeable

That's not how the default theme looks in Xfce, but it will work for themes that expect it. Previously, themes that were expecting Client-Side Decorations in Xfce looked pretty bad unless you installed some workarounds to disable. Thankfully, that's no longer necessary.

The Xfce window manager gains support for corner tiling, just drag your window to any corner and it will snap to that quarter of the screen. It's now possible to zoom any window holding the Alt key and scrolling your mouse wheel. The Alt-zooming does not appear to work with trackpads.

Next page: Screens and monitors
Page: