Intel: We came here to bury our Mobile chip business, not praise it 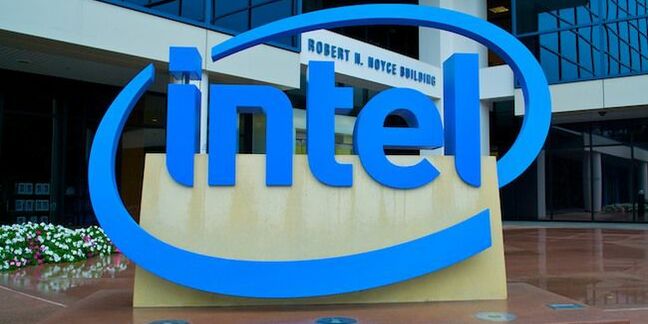 Intel says that beginning next week it will report its quarterly earnings in a slightly different way than it has previously, in a move that shields the chipmaker's poor-performing Mobile and Communications group from direct scrutiny.

The move has been in the works for several months. Intel CEO Brian Krzanich reportedly alerted employees to the change in an emailed memo in November 2014, which was promptly leaked to the Wall Street Journal.

More to the point, however, it means Intel will no longer be reporting the Mobile and Communications division's gruesome numbers as a separate line item but will instead lump them in with PC Client, which is where it books most of its sales.

Mobile and Communications lost $4.2bn in fiscal 2014 – which was even worse than the previous year, when it lost $3.1bn. Intel says it plans to improve its mobile profitability by $800m in 2015, but that's hardly enough for the division to avoid chalking up another lossmaking year.

By comparison, PC Client earned revenue of $14.6bn in 2014. To put that into perspective, if PC Client had been made to take the hit for Mobile and Communications' 2014 losses, it would have reported annual revenue of $10.4bn, which still would have made it Chipzilla's single largest reporting segment.

The new, combined Client Computing group will be responsible for "platforms designed for the notebook (including Ultrabook devices), 2 in 1 systems, the desktop (including all-in-ones and high-end enthusiast PCs), tablets, and smartphones; mobile communication components; as well as wireless and wired connectivity products," Intel said.

Intel's other segments will remain unchanged, including Data Center, Software and Services, Other, and the Internet of Things group, which the company created in November 2013.

Chipzilla plans to report its earnings for the first quarter of its fiscal 2015 on Tuesday, April 14. ®