Chocolate Factory releases festive code for developers, be they naughty or nice 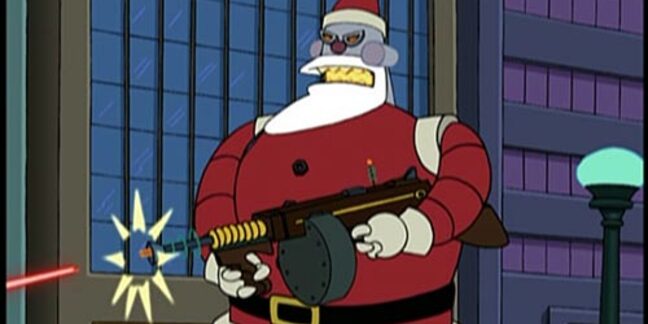 Google has open-sourced Santa Claus. Or at least the code for its online Santa Tracker.

For those of you who are more “bah humbug” than “pass the eggnog”, Santa Tracker offers an online method of tracking Santa's fictional progress through the logistical chore of stuffing soon-to-be-ignored amusing plastic tat down the chimneys of the world's best-fed and most-privileged children.

That's all now yours for the hacking here for the web version and here for Santa's Android helpers.

On the announcement of the code release, Google software engineer Ankur Kotwal expresses the “... hope that developers are inspired to make their own magical experiences.”

Or perhaps just anodyne experiences: the code on offer contains all sorts of libraries and samples to do more mundane things than track a fictional fatty dreamed up by a cola company. ®