Disk drives much cheaper to build – who knew?

The flash industry is going to have to dig deep – really, really deep – to fund the fabs needed to build 3D NAND.

Stifel MD Aaron Rakers bas been crunching numbers and comparing foundry capital costs for NAND over the next few years with those for disk drive fabs.

The forthcoming flash fab costs are driven by the conversion to 3D NAND which, although denser (meaning higher-capacity dies) than traditional 2D or planar NAND, is more difficult to make. 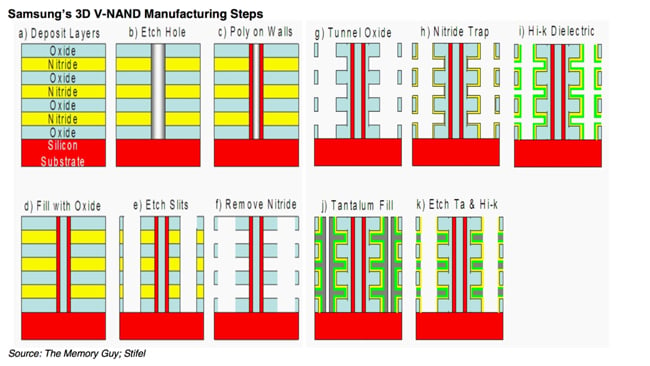 Rakers identifies product yield as being a major concern with this vastly more complicated fab process, but suggests the foundry operators won't publicly discuss yield percentages – the proportion of good 3D dies from a wafer.

In 2014, 3 per cent of the ~61 exabytes of flash produced was 3D NAND, according to his modelling of the numbers. That percentage will grow, Rakers said: "Gartner currently estimates 3D NAND to account for ~4 per cent of total NAND Flash capacity produced in 2015 (~6 per cent exiting 2015)."

SanDisk expects that 3D NAND will account for +50 per cent of industry wafer production by 2018.

This compares with Seagate and Western Digital’s capex totalling ~$4.3 bn over the past three years. 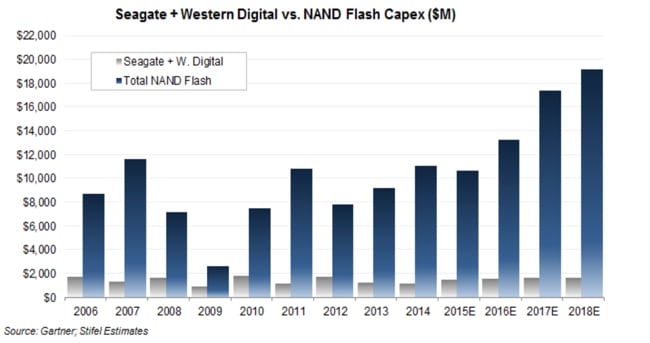 The difference is huge, especially if expressed as the capex per TB for flash vs disk; 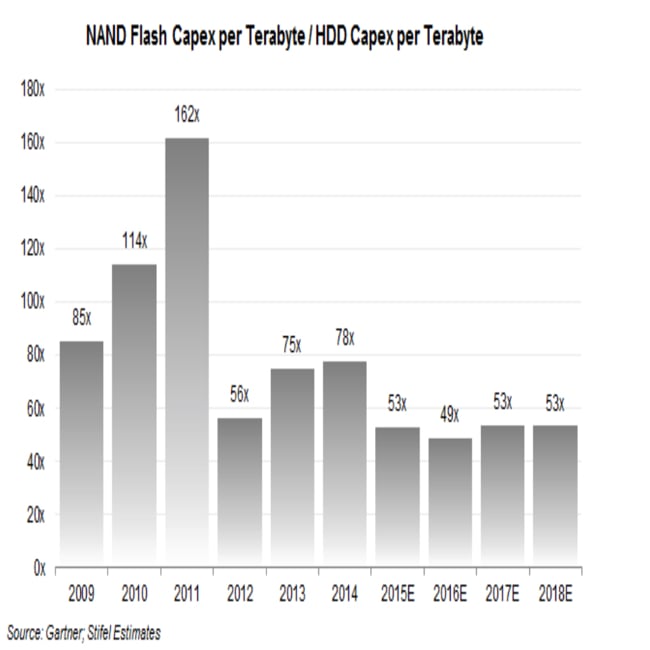 Each year flash costs between 162X and 53X more to make per TB than disk. The vastness of the expenditures and the product yield risks mean that, for Rakers and his fellow investment analysts, assessing the future profitability of flash fab operators is going to be difficult.

Production difficulties and missteps could blow great holes in these companies' business results and also result in supply problems. The road to 3D nirvana is clouded with fog and mists for now and it is far from being a done deal. ®.