You say you want a Resolution? 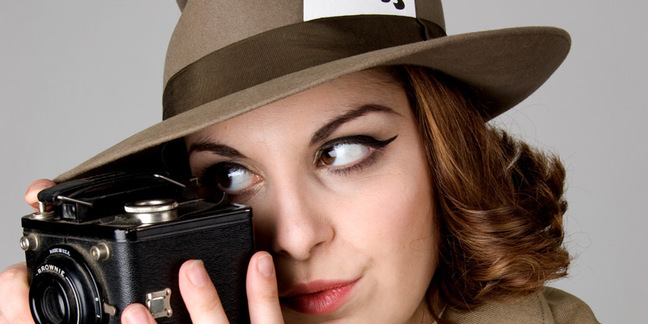 LG and Intel have announced new mobe camera tech which - for once - concentrates on something other than how many little dots you can squeeze into a photo.

Intel showed a mobe-friendly version of its Realsense technology at the Intel Developers Forum in Shenzhen. This uses a combination of three cameras to give depth sensing.

The idea is that it gives gesture control and can measure distances between objects in a picture. The technology has been around in bigger form factors for a while – Dell offers it in a tablet – but getting it down to phone size will give some handset manufacturers a differentiating gimmick.

It will allow users to take pictures first and worry about the focus later, in a way akin to the Lytro camera El Reg used for these shots of the Caterham 160, and has also been touted as a more secure way of doing facial recognition because it captures a 3D model of the head.

Similar technology is available from the company Structure which makes an iPad add-on. El Reg has had a quick play with it and it produces convincing 3D models.

The LG module from its electronics division Innotek has a 16MP resolution but it’s the aperture of f/1.8 which is special, and will feature in the new LG G4 phone to be announced at the end of this month. LG claims that the module receives 80 per cent more light than that in the LG G3, which means you get better quality in low light and can use a faster shutter speed for action shots.

LG has announced a scheme to lend 4,000 LG G4s to people who want to try them for a month. This will happen in 14 different markets with each using its own way to decide who will get a G4 to play with. The UK method has not been announced but will be revealed on the LG UK Twitter feed.

Taking a lesson from the car industry, LG has released a teaser video which is expensive, moody and gives you pretty much zero idea as to what the phone looks like. ®

Ex-Intel engineer tried to make off with 3D XPoint secret sauce on his way to Micron, says Chipzilla

Linux 4.19 lets you declare your trust in AMD, IBM and Intel

Wave the CPU trust flag if you're feeling safe enough

UK.gov told: If you want public to trust surveillance cam strategy, throw money and manpower at it

Google jumps the shark from search results to your camera: Nest Hub, Pixels, and more from ad giant's coder confab

You know what they say: Timing is... everything