Blaze it: US drug cops taken to court to ensure all dragnet snooping records are destroyed 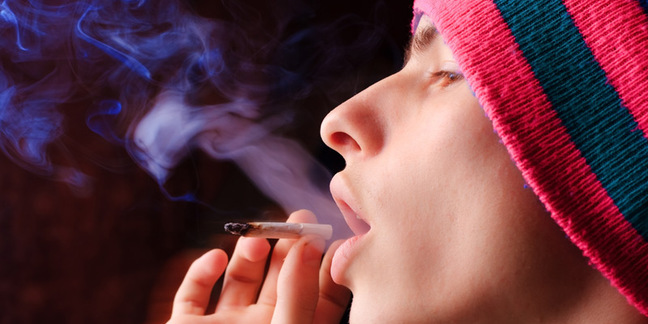 Campaign group Human Rights Watch is suing Uncle Sam's anti-drug squads – the US Drug Enforcement Administration and others – after it emerged the g-men were secretly monitoring Americans' international phone calls.

The activists claim the collection of telephone conversation records is unconstitutional, and causes "irreparable harm" to people. Human Rights Watch is being represented by the EFF, which has previously taken the US government to task over blanket surveillance operations. Together they filed a lawsuit in California on Tuesday against the DEA, the FBI, the US Department of Justice, the US Department of Homeland Security, and the United States of America for good measure.

Human Rights Watch's general counsel Dinah PoKempner said her organization "works with people who are sometimes in life or death situations, where speaking out can make them a target,” adding: “Whom we communicate with and when is often extraordinarily sensitive – and it’s information that we wouldn’t turn over to the government lightly.”

From the early 1990s, the DEA kept logs on virtually all telephone calls from the US to as many as 116 countries. The agency wanted to track the trafficking of illegal substances, and wound up gathering masses of information on innocent citizens – which is upsetting privacy campaigners.

“The DEA’s program is yet another example of federal agencies overreaching their surveillance authority in secret,” said Mark Rumold, staff attorney at the EFF.

"We want a court to force the DEA to destroy the records it illegally collected and to declare – once and for all – that bulk collection of Americans’ records is unconstitutional.”

The bulk collection operation was suspended in September 2013 and later terminated. The DEA has claimed copies of the records were destroyed, but Human Rights Watch is not confident that all the data has been wiped.

PoKempner told The Register that "unfortunately, there has been a pattern of partial or somewhat misleading statements on issues of mass surveillance from the US government in the past."

She explained that it was for this reason that Human Rights Watch "would like to have the DEA confirm to a court of law that they have deleted all call records of ours that they collected, and to confirm that none of these records remain in the files or databases of other US government departments with whom they may have been shared."

A spokesperson for the drugs agency was not available at time of writing. ®

Obit Cyberlibertarian and Grateful Dead lyricist passes away at 70