A cracking little wagon and a declaration of intent

Vulture at the Wheel I didn’t have high hopes for the Kia Soul EV. I assumed that it was a bit of a lash up; a regular Soul with the engine and gearbox ripped out and a battery pack and electric motor rudely bolted onto it. Wrong. 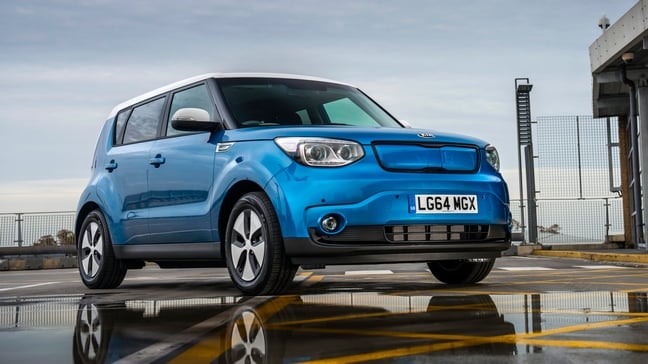 The Kia Soul. Designed in California. Made in Korea, Only 100 coming to UK

In many ways it is quite the equal of the Renault Zoe and Nissan Leaf if not quite the ground-breaking BMW i3.

What you think of the Soul EV’s looks will depend on what you think about the aesthetics of the conventionally powered version. Personally, I've always quite liked it and I like the EV version even more. Granted, it is not as pretty as the Zoe but it’s a darned sight less frumpy than the Leaf and considerably less jarring than the BMW i3, which is a shape you either love or loathe.

The very slightly restyled rear light clusters and blanked-off grille – which houses the recharge ports – give it, again, to my eyes, a modern and resolved appearance. The EV-specific detailing, like the wind-cheating alloys and LED-running lights, look right at home too. The funky styling really shouldn't come as a surprise because the Soul was styled at Kia’s California studio.

In terms of battery capacity and motor power, the Soul has the Zoe and Leaf beaten. It boasts 27kWh and 81.4kW to the Zoe’s 22kWh/65kW and the Leaf’s 24kWh/80kW. Kia reckons that the Soul’s battery energy density of 200Wh/kg is a class best. I can neither confirm nor refute that for the simple reason that I’m not sure how Kia arrived at the figure.

What I can confirm is that the Soul can hit 60mph in 10.8 seconds and waft on to a top speed of 90mph. That acceleration figure means the Soul is noticeably faster than either the Renault Zoe or the Nissan Leaf. Granted, a BMW i3 will leave it for dead (the BMW can hit 60 in 7.5 seconds) but the Soul is still a rapid little pup, especially at lower speeds. 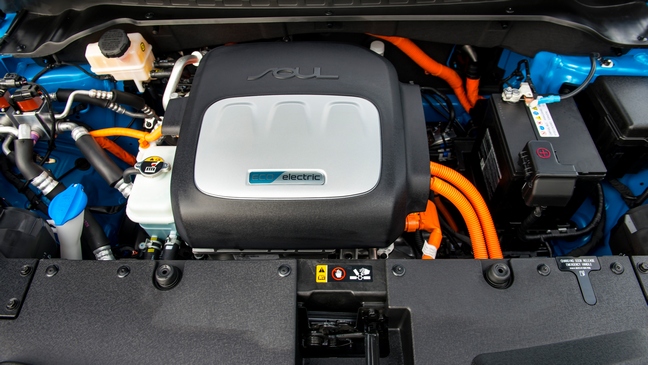 The Soul is quiet as well as quick. At all times the electric motor is as silent as the grave. In fact, I think it’s the quietest electric car I’ve driven. Kia has done a good job keeping wind and road noise at bay too, considering that the Soul EV has a semi-detached drag coefficient of 0.35. That is an improvement on the regular Soul’s 0.38.

To avoid things being a bit too quiet at low speeds – and when going backwards – a Virtual Engine Sound System kicks in to alert the terminally inattentive that you are approaching. It makes the Soul EV sound like a Soul, not a Soul-EV. 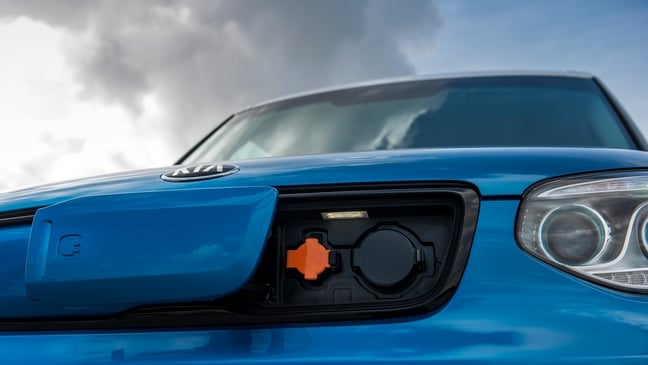 Charge flap for domestic, fast and rapid chargers sits in the Soul's snout

Like Nissan’s Leaf, but unlike the Renault Zoe and still less BMW’s i3, when you take it out on the open road the Soul EV feels like a heavy car. It’s that 275kg battery pack that’s to blame but at least it’s built into the floor, thus keeping the centre of gravity usefully low down.