Three quarters of a million, random read. Speedy? You bet

How does damn near three quarters of a million random read IOPS grab you? HGST is at last shipping its NVMe Ultrastar SN100 PCI flash card, first announced seven months ago.

The speeds and feeds look impressive, with HGST saying it’s the “industry’s highest-performing NVMe compliant SSD series.” The specs are:

It delivers 310,000 mixed (70:30) read:write IOPS. HFST also has its Flash Software Suite and Device Manager software that work with the SN100 to provide clustering, scalability, high availability and manageability for server-side flash configurations. 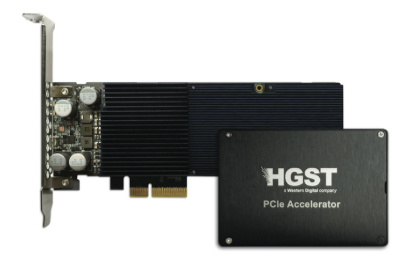 The NVMe aspect means standard driver code can be used instead of a PCIe driver specific to the SN100.