All we needed was some isotopically enriched silicon. Well, duh! 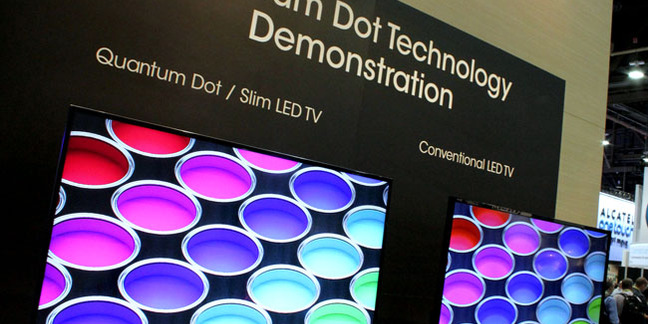 The long-awaited arrival of quantum computers could be one step closer, as boffins from Oz have for the first time encoded quantum information in silicon.

Unlike conventional computers, which store data on transistors and hard drives, quantum computers encode data in states of microscopic objects called qubits. The arrival of this sort of computing would enable the factoring of large numbers – leading to all sorts of cryptographic advances.

But the ability to build quantum computers has eluded computer scientists for decades.

However, Australian boffins may have brought that process one step closer, after researchers at New South Wales University placed the qubits inside a thin layer of specially purified silicon, containing only the silicon-28 isotope.

In his best attempt at explaining the process to the average schmo, study lead Dr Arne Laucht said: “We demonstrated that a highly coherent qubit, like the spin of a single phosphorus atom in isotopically enriched silicon, can be controlled using electric fields, instead of using pulses of oscillating magnetic field."

Associate Professor Morello said the method works by distorting the shape of the electron cloud attached to the atom, using a localised electric field.

“This distortion at the atomic level has the effect of modifying the frequency at which the electron responds.

“Therefore, we can selectively choose which qubit to operate. It’s a bit like selecting which radio station we tune to, by turning a simple knob. Here, the ‘knob’ is the voltage applied to a small electrode placed above the atom.”

The researchers claim this specific type of quantum bit can be manufactured using a similar production technology to that of everyday computers, drastically reducing the time and cost of development.

The findings were published in the open-access journal Science Advances. ®

Xilinx touts 'industry-first' 20nm FPGA for infinity and beyond

Huawei is planning to inject $436m into Arm-based server silicon

With its eye mostly on the domestic market