Doing diagnostics with science instead of snake-oil

Researchers from the Massachusetts General Hospital reckon with a bit of cloudy goodness, custom-made add-on optics and the right reagent kit, smartphones can gather data that helps with cancer diagnoses.

The hospital boffins probably have a better claim to respectability than Health Discovery, since the hospital isn't selling anything, but has merely published findings in PNAS.

Rather, their “digital diffraction diagnosis” system uses a separate imaging module to capture a hologram of the sample, then sends the image upstream to a cloud computing environment to conduct the analysis.

The samples are marked with “microbeads” before image capture. These “bind to known cancer-related molecules”, the hospital's release states. The group also developed image processing software it claims can process 10 Mbytes of data in “less than nine hundredths of a second”. 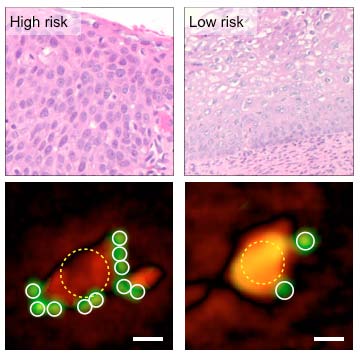 Among other things, the hospital hopes to improve the system by integrating bigger databases into its back-end in the future.

At a current $1.80 per assay, the hospital says the technology would be particularly useful in regions with poor access to he kind of pathology infrastructure typically associated with cancer diagnostics. ®

Consumer boycott clicktivism at a time of border tensions? There was, briefly, a million-download app for that