Up for a beating

Looking back, this was one of the first games to have a dedicated block button and controls positioned in an X-shape. But don’t get me wrong, knocking out those combos on these five buttons was never easy and often fatally frustrating. Even more so, as each addition to the Mortal Kombat franchise usually outdid itself in finding new, more elaborate combos to “FINISH HIM!”. 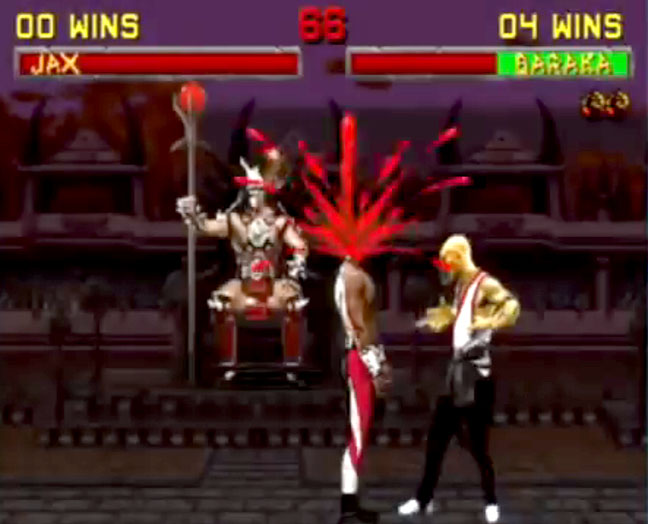 Mortal Kombat II (1993) allowed the developers to add everything they had wanted in the original version but had lacked the time or money. With faster and smoother animations, it was memorable for being set in the dimension of Outworld, where the fights got tougher and the fatalities more gory. Well, apart from Babalities that were just plain cute, with opponents being turned into infants.

In an early nod to the interactive environments, now so prominent in games such as Injustice Gods Among Us, players could perform a stage fatality – using the stage to finish off opponents – or just beat them with a stray boulder. Raking in more money than The Lion King it wasn’t a surprise when MK3 instantly went into production. 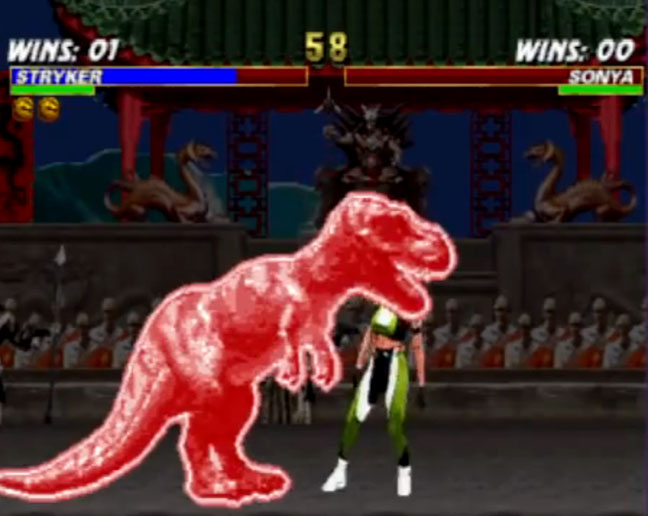 Sadly, Scorpion was missing from Mortal Kombat 3 (1995), which saw the introduction of cyber ninjas Cyrax and Sektor and, of course, the ability to perform an Animality. I especially enjoyed becoming a T-Rex to swallow someone’s head. If I was feeling particularly nice I would give them a small chunk of health back with Mercy, only to beat them down with a running chain combo. Taking an upper cut directly on the chin could also get players knocked on to a different stage.

By the time Mortal Kombat 4 (1997) was released, the game had become a stalwart of popular culture, spawning comics, toys and even a spin-off on the silver screen. It was the last version of the game to been seen in the arcade, which leaves me little dewy-eyed. 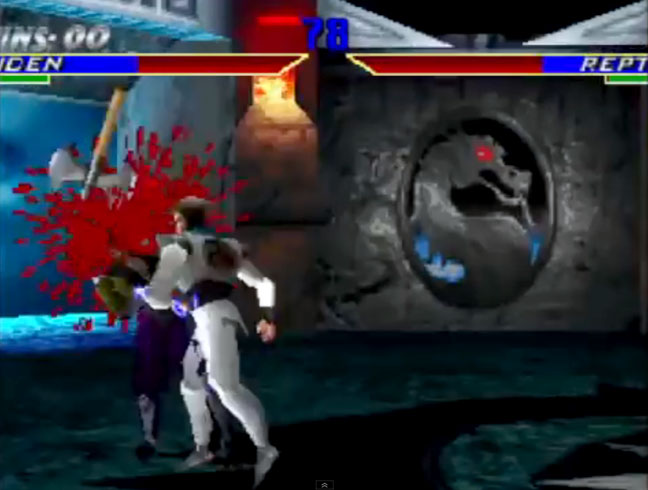 MK 4 gets the 3D animation treatment

However, it was the first version to feature basic 3D graphics, even though looking back this incarnation was the least innovative. Maybe it was a case of style over substance, but at least it had weapons and some nifty side-stepping around the new 3D environments.

After a healthy gap of five years, which allowed the franchise some much-needed creative breathing space, Mortal Kombat: Deadly Alliance (2002) was the first serious reboot for the Xbox and PS2. Here, NetherRealm Studios tried to take things back to basics by stripping out any fluff that might detract from that final fatality.