Apple Watch shipments: Pick a number, double it. Hey, it worked for them

There's lovely. Enough for everyone in Wales

Blogger and analyst Carl Howe estimates Apple has planned an initial production run of 3.1 million sparkling wrist jobs, and forecasts that the “Apple Watch product line will become its most profitable ever, with gross margins exceeding 60 per cent".

In a detailed blog post, Howe does admit however that "in truth, projections like this are really just educated guesses, and mine is no exception".

Just in case that was too subtle, he says: “While I’ve been an industry analyst for nearly 20 years and have had Apple as a client, I have no inside or proprietary information on which to base this model".

So, he’s put a wet finger in the air and come up with some interesting numbers.

He claims that the business is worth over $2bn and that the $10,000 Gold Edition watch only represents 1.3 per cent of sales - although the fruits will sell 40,000 of the things and they'll account for a quarter of the sales value for the launch revenue.

This puts Apple's volumes on a par with shipments of Rolex's similarly secretive devices.

Howe goes into the logistics of the manufacture in some detail, glossing over Apple subcontractor Quanta's background as a mass market manufacturer, and instead concentrating on how hard it is to build to order.

As for numbers, he argues that “Quanta production estimates are between 1-2 million per month. An unknown source estimated that Quanta will have 3-5 million units available to ship on launch and will produce a total of 24 million watches in 2015", which is a pretty broad margin of error. If Howe is correct, the Apple numbers will dwarf the previous smartwatch market.

However, he doesn’t address the longer term issues. Phones typically have an 18-month replacement cycle, while watches stay in daily use for decades and even generations. Your correspondent is wearing a watch he bought from Cash ‘n’ Carrion ten years ago. ® 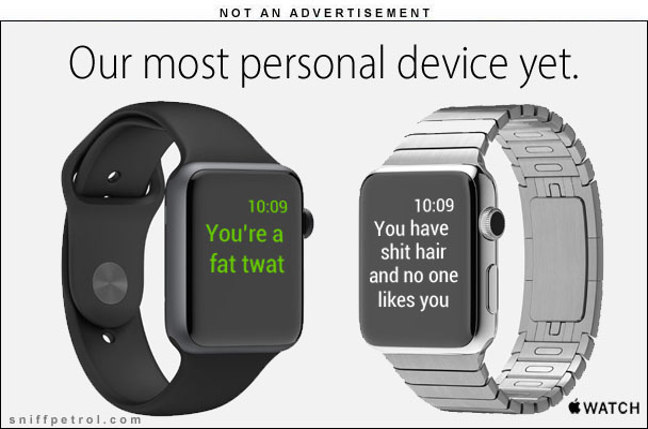 Used with permission from sniffpetrol.com