A droll study by four psychologists tested psychological statements and placed them alongside “irrelevant” information from neuroimaging fMRI scans, to “ask whether such superfluous neuroscience information increases the perceived quality of psychological explanations and begin to explore the possible mechanisms underlying this effect”.

They also tested participants' analytical skills. Some of the psychological insights were well founded, while some were rubbish. Did the inclusion of neuroimaging fMRI make the rubbish sound more authoritative?

“Across four experiments, the presence of irrelevant neuroscience information made arguments more compelling,” they found.

Previous researchers (e.g. Weisberg 2008 and Hook and Farah 2013) showed that completely made-up neuroscientific research carried weight “when paired with either a brain picture or a bar chart”, and this study replicates it.

“People’s reasoning about psychological phenomena was biased by the presence of irrelevant neuroscience information,” they found, as before.

However, this study also asked participants to evaluate a statement with irrelevant neurobabble compared to one with irrelevant research drawn from hard science, and social sciences.

The study found that slapping some “real” science in didn’t make a difference: “the natural sciences weren’t any more compelling than the social sciences, despite their much higher prestige”.

“The domain of psychology may also help explain the lack of correlation between holding dualist beliefs and being swayed by the allure of neuroscience. This null result runs counter to the brain-as-engine-of-mind hypothesis,” they conclude.

The rise and fall of neurobabble

In recent years, such simplified neuro-centric explanations have moved from TED talks aimed at marketing and advertising types on junkets, into the mainstream, with claims that a “new psychology” had been born out of the fMRI brain scan experiments.

Bestsellers echoed the view that humans were simply half-finished, poorly debugged robots who could’t make decisions, and who literally didn’t “know their own minds” – like BF Skinner’s rats walking upright. Newspapers were awash with colourful “Your brain on...” fMRI scans. Neurobabble rampaged through the social sciences, giving birth to neuro-economics, “neuro law” and “neuro-ethics”. Neuroscientists should advise politicians, the head of the RSA suggested.

A few inconvenient facts were overlooked in the rush. Many fMRI-based papers were junk science which involved statistical massaging. The best-selling neurobabble author Jonah Lehrer – once described by the Observer newspaper as “the prodigy who lights up the brain” – was found to be making up quotes. 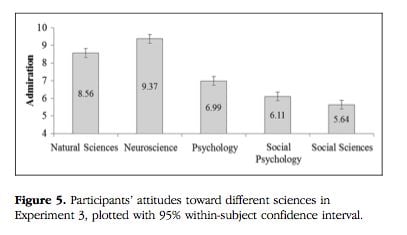 It was hard to create any new science out of all the new “behavioural insights”, because there were far more exceptions than rules. It wasn’t something you could usefully build on. Perhaps, given deliberately confusing cognitive experiments, humans were acting... confused?

Inevitably, the neuro-everything movement fell into some very old philosophical potholes. For a taste, here’s one by Marxist Prof Raymond Tallis, and one from conservative Roger Scruton – both are excellent. Neurolaw and neurotics were particularly troubling, since once you abolished human agency, you could never find anyone guilty. Everyone was innocent and able to claim, “my frontal cortex did it”.

More recently, Alfred Mele has attempted to debunk one of neuroscience’s bedrocks, by re-examining psychologist Libet’s experiments on free will. Perhaps when your brain “makes a decision” (as Libet asserted) before the conscious mind can intervene, it isn’t making a decision at all, but gathering evidence?

The “new science” of neuro-based insights looks a great deal shakier today than it did a few years ago, although there is a rearguard action to write neurobabble into the research curriculum. Which, a cynic might say, will keep the proponents in demand for a few years yet. ®

ChatGPT: Please explain the difference between 'token efforts' and 'putting the genie back in the bottle'
AI + ML31 Jan 2023 |