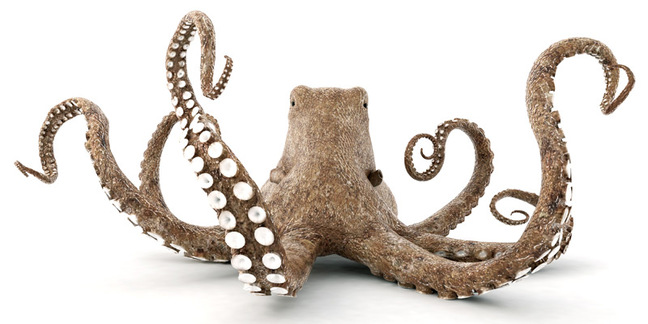 The New Statesman has pulled off a bit of a blinder by whipping out a giant octopus to helpfully explain to readers just how much a manhole cover weighs.

The good burghers of Buffalo, New York, were recently menaced by a flying metal disk as the result of an underground explosion, apparently prompted by an electrical cable fire.

The event was caught on camera by WGRZ's Dave Harrington, who'd rushed to the scene to cover the subterranean inferno.

The manhole cover was hurled an impressive "200-300 feet" into the air, and just in case that's not terrifying enough, imagine if you will a slab of iron tipping the scales at 50kg, or "the weight of a Giant octopus" bearing down from the heavens.

Naturally, we at the El Reg Improbable Units team immediately rushed to check the NS's flying giant octopus claim, and agreeably discovered that the North Pacific octopus (Enteroctopus dofleini) "may grow to over 9m in length and weigh more than 45kg".

Fair enough, then. However, those among you who are well versed in iceberg Manhattans, elephants per second and prehistoric Brooklyn Bridges will doubtless decry the NS's failure to quantify the flying giant octopus's apogee in a suitably enlightening and educational manner.