Joint effort with T-Mobile US, Sprint to charge by the gig 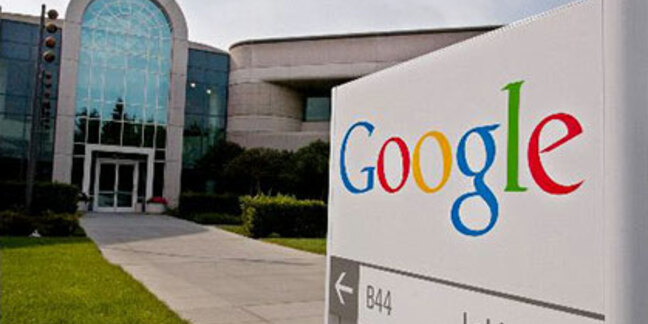 Google has confirmed it will square up to the mobile carrier world with its own service – "Project Fi" – although for the time being this will be a limited pilot program.

Fi, which was murmured about by the Wall Street Journal and others this year, is the Chocolate Factory's attempt to shake up the world of mobile data, much as it sent shivers up the spines of the incumbent landline internet providers when it launched Google Fiber.

"Project Fi takes a fresh approach to how you pay for wireless, manage your service, and get in touch when you need help," Google VP of communications products Nick Fox said in a blog post. "We offer one simple plan at one price with 24/7 support."

Simple to the consumer, maybe. But behind the scenes, what Google has put together gets complicated.

First, the basics. Project Fi costs $20 per month, as a baseline. For that, you get unlimited voice calling and SMS, unlimited international SMS, cheap international calls, and coverage in more than 120 countries. There's no annual contract and no termination fee.

Data costs extra, billed at a rate of $10 per gigabyte. So if you think you'll use 3GB per month, you'll pay $20 plus $30 for data, or $50 per month. But one thing that makes Google's plan stand out is that this is just an estimate. If you don't actually use all three gigabytes, you'll be credited for the unused amount at the end of the month, with no penalty.

Another difference: With Project Fi, you're not subscribed to one mobile network, but two. Google has inked deals with Sprint and T-Mobile US – the lesser two of America's "Big Four" mobile operators – to allow Project Fi subscribers to use either carrier's network interchangeably. Your phone will hop onto whichever network offers the highest quality of service at a given location.

The online advertising titan is being coy about just how it has achieved this. In a FAQ about the program, it says, "We collaborated with our partners to develop a SIM card that supports access to multiple networks," and nothing more.

Google's scheme doesn't end there, though. In addition to automatic roaming between the two carriers' mobile networks, Project Fi also connects your device to Wi-Fi hotspots when they're available. Voice calls and texts are carried over Wi-Fi just the same as they are over mobile networks.

"As you go about your day, Project Fi automatically connects you to more than a million free, open Wi-Fi hotspots we've verified as fast and reliable," Fox explained. "Once you're connected, we help secure your data through encryption. When you're not on Wi-Fi, we move you between whichever of our partner networks is delivering the fastest speed, so you get 4G LTE in more places."

Project Fi also unlinks your phone number from your device. You can link your number with any device that supports Google Hangouts, including tablets and PCs, and talk and text from those devices just as you would from your phone.

Needless to say, this is fairly tricky business, so not just anyone can sign up. For starters, you'll need a special phone. The only one the Chocolate Factory is supporting during the pilot program is its own Nexus 6, although any Nexus 6 will do – you don't need a purpose-built phone to use Project Fi.

"The Nexus 6 is the first smartphone that supports our network of networks," Google' FAQ explains. "It works with the Project Fi SIM card, which supports multiple cellular networks, and a state-of-the-art cellular radio tuned to work across network types."

You'll also need to be within Google's North American coverage area, which presumably is the aggregate of Sprint's and T-Mobile US's mobile coverage maps.

Finally, you'll need Google's approval to sign up. Project Fi is only open to people to whom the online ad-service extends an invite. You can drop a hint you wouldn't mind getting one here. ®