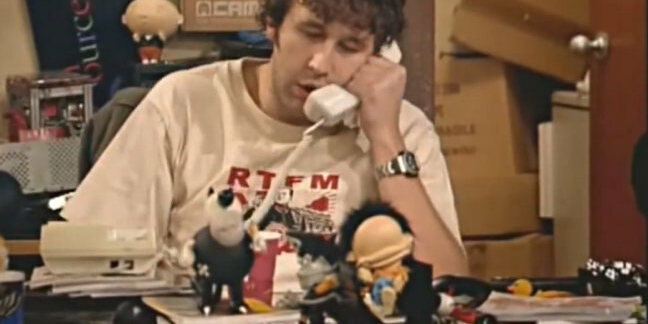 Hello, IT, have you turned it off and on again? Pic: Channel 4/The IT Crowd

A fresh wave of scammers appear to be targeting TalkTalk customers, following a massive data theft earlier this year, The Register has learned.

In February, TalkTalk admitted to suffering a major breach into its users' sensitive information, which may have led to some customers handing over bank data to hackers.

In an email to subscribers, the company said: "We are aware of a small, but nonetheless significant, number of customers who have been directly targeted by these criminals and we have been supporting them directly."

The budget telco said that – following an investigation – some of its subscriber information, such as names, addresses, phone and account numbers, could have been illegally accessed, with scammers quoting these details to customers.

One account holder contacted El Reg this week to say they had been contacted by a scammer who quoted his account details and requested access to his computer, claiming his internet would be disconnected. TalkTalk had not previously been in touch to inform the customer that his data had been compromised.

"After a 10 min call, I was unable to get anyone at TalkTalk to put out a warning to customers," he said.

A number of users have also taken to the company's message board this week to complain they have been targeted. One customer speculated that the data may have been sold to a new group of criminals.

"Possibly customers' details have been leaked to more than one bunch of crooks," they said. "I don't think one set of criminals could be inept enough to try the same trick on me so many times."

Another customer said: "Unfortunately, when I contacted tech support I was unable to convince the person I spoke to get Talk Talk to put out a general warning."

In February the company said it was liaising with UK data watchdog the Information Commissioner's Office and was writing to all of its customers to offer advice about the criminal activity.

A TalkTalk mouthpiece said it is aware that a "small number of customers are still being contacted by these scammers."

"We urge all our customers to be vigilant, as criminals are increasingly trying to defraud consumers in this way, going after companies in many different sectors, not just TalkTalk," he added. ®