Google: We're not mad, our mobes-in-sky Project Loon is FINE

Google has posted a new video explaining the progress it’s made with Project Loon, the plan to float thousands of balloons into the upper atmosphere to provide internet connectivity for penguins.

It’s a project akin to Motorola’s Iridium, which was also a plan to provide ubiquitous mobile coverage, albeit from low earth orbit satellites.

Iridium failed because it was too expensive for the people who it covered to actually use and because GSM grew much faster than anyone expected.

Those who worked on it still, rightly, see it as an incredible technical triumph. These days the only people who use it are on the US government payroll and are engaged in the kind of operation where they need secure, covert communication in places outside of the US.

In the video, project lead Mike Cassidy talks about scaling up Project Loon to build the thousands of balloons necessary, as well as launch, track and recover them.

Reducing leaks has increased the durability of the balloons, although he doesn’t say if Google is using precious helium or plentiful Hydrogen. If it’s hydrogen, the leak problem becomes significantly worse as the Loons are not single pieces – they are taped together. So gaps which are air-tight may not be helium-tight, and those which are helium-tight are not necessarily hydrogen-tight.

Even helium can leak through glass. Three days is pretty standard for a party balloon. Google is keeping Loons aloft for 100 days and riding the jetstream, manoeuvring them by rising and falling into the fast-moving air running in different directions.

The project is pioneering in a meteorological sense as well as a technical and co-ordination one.

Cassidy plans to launch thousands of balloons using robot cranes, and build a system which will control them automatically.

However, he makes some quite outlandish claims when things come down to Earth.

“One of the key things we do is partner with a telco in every country,” translates as “Those companies we’ve pissed off because they believe that we’ve stolen their apps revenue with Google Play own the spectrum we need. So we are behoven to them to get some connectivity.”

Given the fragility of the politics, it might be worthwhile if Google learned how to spell Vodafone. 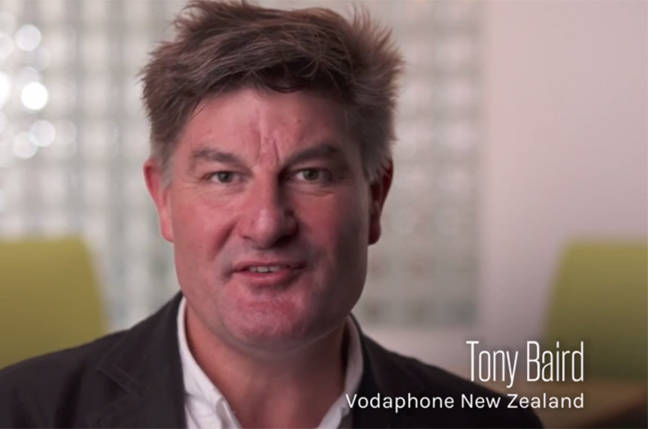 Cassidy also glosses over the suitability of conventional LTE mobile handsets for communication with a Loon. People tend to walk around at ground level, and a lot of effort has gone into designing cellular systems to not waste power by propagating it up into the sky. Late last year Ericsson CEO Hans Vestberg dismissed the idea, saying that conventional networks are rolling out so fast there is no market for Loon.

The aim to provide 100 per cent global internet coverage is laudable, but the challenges faced by Google's new cloud based service remain enormous. ®