Teardown Apple's Watch innards have been bared, and they're not so dissimilar from those one might expect of a teeny tiny iPhone.

On Friday, however, Apple Watches began to be delivered across the whole globe to fanbois, by now presumably panting and warming up their wrists in excitement.

iFixit is famous for its teardowns of new hardware. CEO Kyle Wiens has been a vocal critic of Apple's obstructive policies when dealing with third parties fixing and upgrading iOS devices. He has now flown his staff out to Australia to tear down the Apple Watch as early as possible. 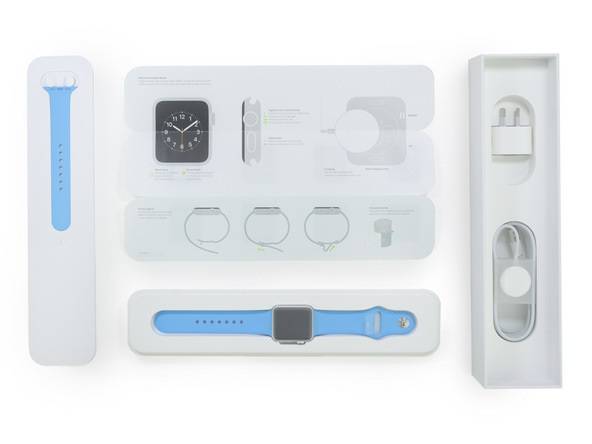 The open box and assembled gizmos

This is what those staff were greeted with upon unboxing. Here lies the Apple Watch Sport, alongside its Sport Band, the charging cradle, a power adapter, and of course some instructions. 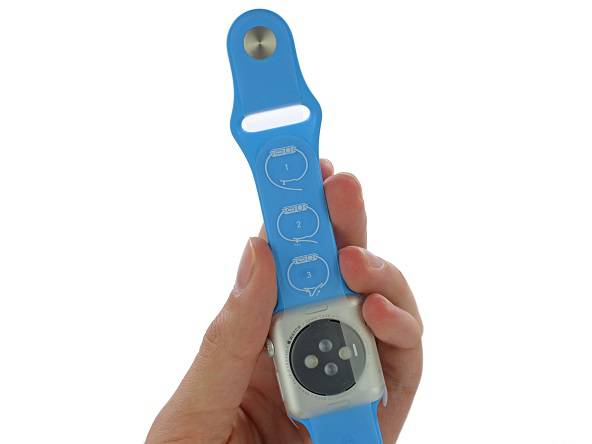 Inspecting the reverse of the case of the trinket, very visible is a composite cover with hard coated optical polymer lenses protecting a set of LEDs and photodiodes. The bespoke heart rate sensor uses a combination of infrared and visible-light sensors to monitor wearers' heart rates. Whether this sensor will be sophisticated enough to handle the palpitations of fanbois is yet to be established.

iFixit reckons that the heart rate monitor is actually a plethysmograph, suggesting it looks and acts like a pulse oximeter. They note: "Apple isn’t claiming it can measure your blood oxygen level."

A lack of external screws demanded the team take their "tech knife" to pry away the display, which was gingerly removed in expectation of the display and digitizer cables. These were discovered to be trapped under a springy bracket, which is not unlike the Touch ID cable cover of the iPhone 5s. 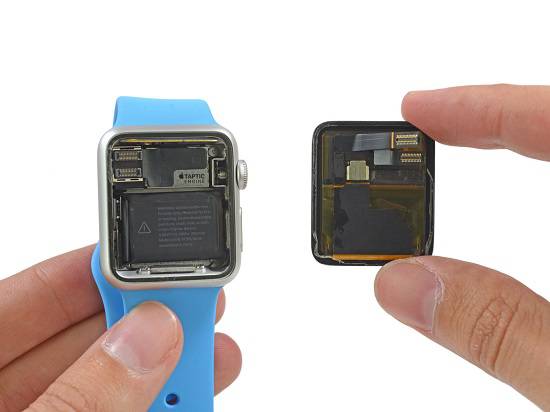 'Houston, we have separation'

With the display panel removed, two highly-advertised Apple Watch features were revealed: the Taptic Engine and the Digital Crown.

The Taptic Engine is a linear actuator that produces haptic feedback, also known as a gizmo that will bother wearers' wrists with little taps to alert them of whatever the smartwatch considers noteworthy. The fruity company claim that, combined with "subtle audio cues from the specially engineered speaker driver," the Taptic Engine will enable "some entirely new, intimate ways for you to communicate with other Apple Watch wearers. You can get someone’s attention with a gentle tap. Or even send something as personal as your heartbeat."

The Digital Crown is a replacement for the crowns of mechanical watches, which were used to set the time and date and to wind the mainspring. Apple say they have "reimagined it as a versatile tool that answers the fundamental challenge of how to magnify content on a small display. Pinching to zoom, as you do on iPhone, is impractical. Turning the Digital Crown allows you to navigate nimbly and precisely without obstructing your view." 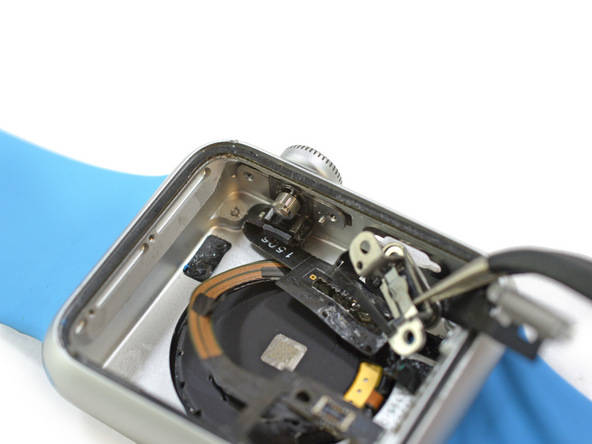 You can kiss the ring, but you can never touch the crown

iFixit reckon the Digital Crown has a rotary encoder system, like the Nest Thermostat, which reads the spinning of the angular position of a shaft into analog or digital code that computers can understand. The encoder is branched off of the button cable, along with the single push button and the diagnostic port contacts.

iFixit state that "All these peripherals leave us wondering whether Apple has any intention of offering an upgrade program for the Apple Watch. Stripping out the internals will be difficult and time-consuming—not the sort of thing your local Genius is equipped to handle, but we suppose Apple could provide a mail-order option." 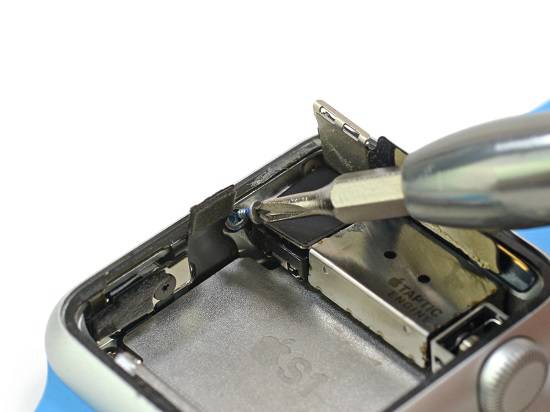 Attempting to dig into the watch further and access the S1 SiP, the team's efforts were confounded by "the tiniest Tri-wing screws we've ever seen". Referencing the abomination that constituted the innards of the MacBook Retina, the teardown team suggested both repairability and the difficulty that would be involved in upgrading the device are likely to be sources of complaints in the future.

The difficulty removing the S1 casts serious doubt on the ability to upgrade the Apple Watch. http://t.co/EmPBj4SYhP pic.twitter.com/wZPn6g0JgN

A laudable economy of space is visible in the watch's innards, but at a price, as the iFixit folk award the Apple Watch a Repairability Score of 5 out of 10, noting:

The launch has been very quietly received by Apple enthusiasts, who are typically modest and restrained users of social media. ®