It can be done (with some creative beancounting)

Back in 2012's third quarter Microsoft commercial cloud revenue was $254m, with Amazon Web Services (AWS) ahead at $530m. In the first quarter of 2015 AWS revenues totaled $1.566bn, with Microsoft nudging ahead for the first time at $1.575bn. So that'll be Office 365 and other online services propping up Microsoft's Azure cloud numbers.

Here's the chart showing the revenues in question: 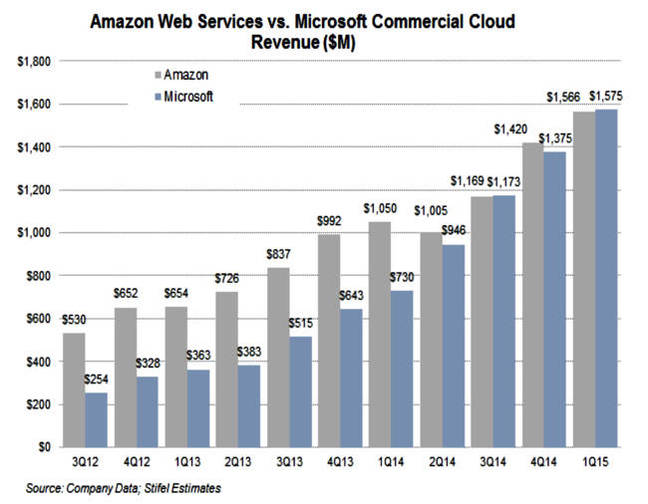 An AWS spokesperson told El Reg today "Microsoft includes Azure financials as part of a 'commercial cloud' bucket which includes a number of other business like Office 365 and Dynamics CRM, so the numbers aren’t really comparable [to AWS]." ®