Apple BIGGER than the U.S. ECONOMY? Or Australia? Or ... Luxembourg?

Analysis Apple's results are out - and it's time for the traditional game of trying to work out how much richer than which country the company is. With sales at $58 billion for the quarter, profits of $13.7 billion and depending upon how absurd we want to make our method of measurement this makes it the same as the US economy, the size of Ireland or Pakistan, that of Luxembourg or some 0.35% of the US economy. 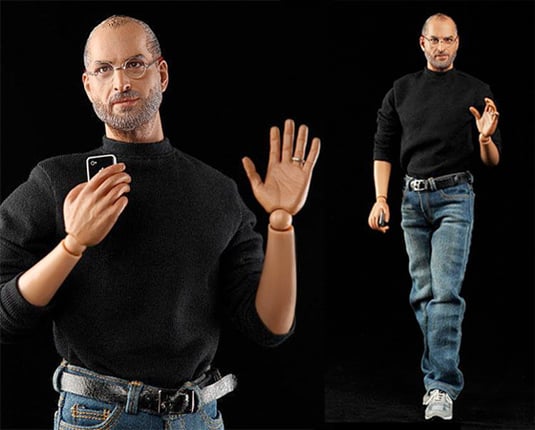 If we use the Worstall Method, as we did with Facebook, we'll end up insisting that Apple is now near the size of the US economy and thus the iPhone Event Horizon is truly upon us. There is nothing left for human society but to cheer ouselves out of depression by purchasing ever more Jesusmobe bling, meaning that nothing else is viable to produce, depressing us into purchasing ever more shiny shiny.

This would also be the wrong way to measure it.

Back then, with Facebitch, we were noting that we value the contribution to the society, as recorded in the GDP figures, by the amount of ad slinging that was being done. That ad slinging isn't the consumer surplus being enjoyed by site users. Further, we noted that the consumer surplus on most goods is about twice what consumers pay for them. But that doesn't really work for things where the consumer gets it for free, the advertisers paying for them to get it. And the top end of our estimate was that Facebitch is worth 64 times its recorded contribution to GDP. So, Apple, at a $240 billion per year run rate is worth $15 trillion or close enough to the US GDP of $17 trillion that that's what we'll call it.

Apple is now the size of the entire US.

This is, of course, wrong. Apple consumers pay for their bling directly thus the consumer surplus is only twice sales and so Yah! Boo! to the Worstall Method here.

Which gives us Ireland or Pakistan as comparators. GDP of both countries is around the $240, $250 billion range, Apple's turnover is about that, so - see - the same! Except here we come up against what is this GDP that we are defining. And (whatever the slight changes in definition, gross, net, domestic, national, product, income) what we're actually trying to measure here is value added, not turnover. As an example, the turnover of the foreign exchange markets in London alone is $1.5 trillion a day and up. Yet the total GDP of the UK is £1.7 trillion and whatever the $/£ exchange rate we're obviously not including 250 banking days a year of that turnover in GDP.

What we are including is the profits made from doing so plus the wages of those doing the doing. Thus when we look at the “economic size” of a company we should look at profits plus wages paid.

For Apple, well, wages have been variously estimated at $8 and $13 billion a year by different people and profits are now $14 billion a quarter. Call it, to the standard of accuracy required here, in the $60 to $70 billion range.

Yep, for a company that's still a “Whoa! Fuck!” sized amount. And this is close to the GDP of a country, just not a very big one. Luxembourg, in fact.

Because they're all rich world people, see?

Next page: So a Genius is only half as good as a Luxem-bourgeois?
Page: