Range Rover Sport: Like a cathedral on wheels, only with comfier pews

Sir Christopher Wren would have approved

The car is even better suited to more challenging terrains. It has All-Terrain Progress Control (ATPC) which is a kind of off-road cruise control: from 1.1mph to 19mph (1.8km/h to 30km/h) in forward and reverse gears, ATPC allows an ultra-low creep speed to be set using the steering wheel-mounted cruise-control buttons. This allows the driver to concentrate purely on steering the vehicle over and around obstacles, while it maintains a constant speed that may otherwise be difficult to achieve over very challenging terrain. Like cruise control, pressing the brake or accelerator switches it off. The four-wheel-drive system shuffles the power as appropriate, with up to 100 percent or power going to either axle.

Not only is it a great place to be and a able to go pretty much anywhere, the Range Rover Sport lets you take people with you. Lots of people. The big seats in the back will accommodate three people and a third row another two. Getting the third row of seats in place was a bit of a puzzle. Pressing and tugging at levers failed to move the seats, but it transpires that Range Rover owners don’t lift their own third row and it’s all motor driven. Buttons control the rise and fall of the seats for the little ones you’ll put in the back. The electric seats are a £1,500 option, however. There is a long-wheelbase version available which presumably is more suitable if the occupants of the third row are not quite so little. 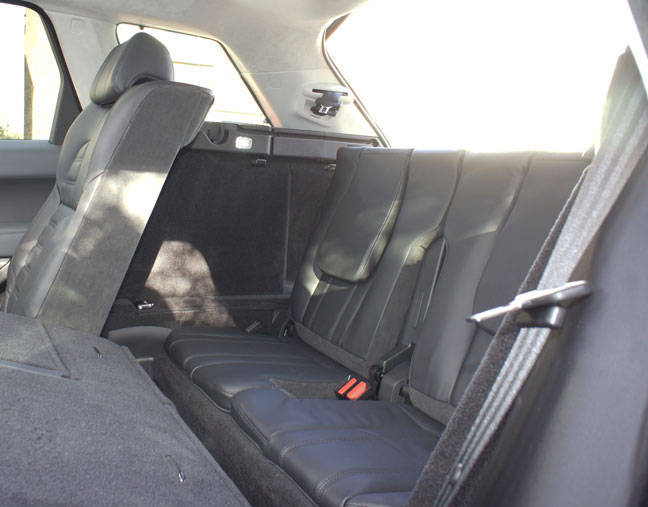 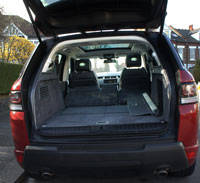 You'll have to get your man to lift the hampers.

Put all the seats down and you have a lot of space for carrying stuff. You can lower the suspension a bit so the lift isn’t too bad and then have access to 1,761 litres of load space. Amazingly, though, the Tesla S – which looks a lot smaller – beats this with 1,800 litres, although that cheats a little by including space under the front bonnet.

This is expensive. I’d assumed the price of £82,650 was down to the extensive list of options, but that is without the £14,950 fitted to the press car. The RRP of the car as tested is £97,600. Admittedly £5k of that is the sound system and £2,500 is the rear screens, and surprisingly the wonderful panoramic roof is a no-cost option, but it is still an awful lot of money.

When you’ve spent all that on a car, your fuel bill stops being a significant part of the expense. But for the record, the numbers are Urban 24.6.mpg, Extra urban 37.2 mpg and Combined 32.5 mpg

There is a sense of well-being in a Range Rover that you don’t experience in a Cayenne, X5 or Q7. It will be interesting to see if the forthcoming SUVs from Maserati, Bentley and Rolls Royce manage to challenge the exclusivity of the Range Rover. 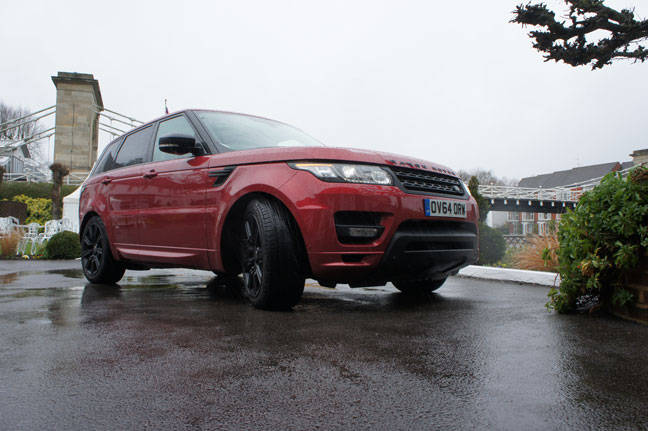 For now, if you want to get a family of four across Europe, perhaps for a skiing holiday, the Range Rover Sport is unsurpassed. It’s supremely comfortable and quiet, and kids in the back would be happily entertained with the screens. But the best costs, a thought best pondered as you relax your head into the pillow-soft headrests and watch the miles tick by. ®

Range Rover Sport: Like a cathedral on wheels, only with comfier pews

Supremely cosseting, this is a car you could take anyone anywhere, except Tesco's car park.
Price: £97,600 as tested RRP
Page: