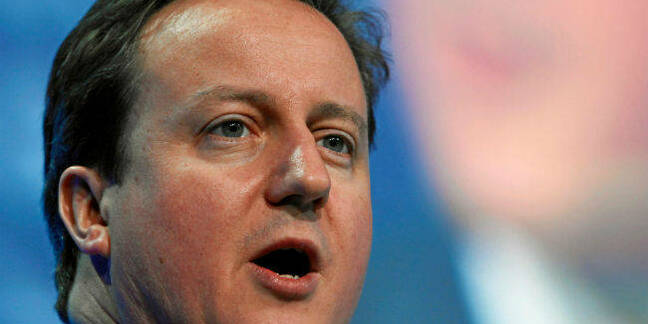 It’s election time, so all the party leaders are promising everything to everyone. The latest one from David Cameron is good mobile phone coverage.

According to Mobile News, Cameron told a meeting of chartered accountants: “These things aren’t discussed in some dusty corner of a business park. They are discussed round the Cabinet table with me banging the table.”

He said that he “absolutely guaranteed” the quality of both mobile and fixed broadband speeds.

If he is serious about this, he’ll have to do better than the agreement (PDF) reached last December to cover 90 per cent of the UK, which doesn’t have any obligations on data speeds or voice quality.

What it does specify is that the mobile networks will use -93dBM to plan their radio networks in the UK to provide coverage and the agreement will mean that each MNO will extend its coverage to reach at least 90 per cent of the UK landmass by 2017.

The Department of Culture, Media and Sport told El Reg: “We want better quality information on mobile coverage made available to consumers, so that they can make an informed choice. That's why each MNO has agreed it will also provide data to Ofcom to enable it to publish an interactive online map, which will allow consumers to check where coverage is available and report to Ofcom areas of poor coverage. We want to focus on the quality of consumer experience and are keen to see Ofcom press ahead with this work.”

Cameron, who was launching the Conservative “manifesto for business” at the Chartered Accountants Hall, said: “You may be driving along an A-road and suddenly you lose your signal. You might lose your customer. You might lose that vital order. So the mobile project, to make sure that we deal with the not-spots in our country, is absolutely vital”.

But it's clearly not vital enough for the Conservative-led government to have done its bit so far. In the December agreement, UK.gov promised to look at both licence fees and planning permission. The “look at” turned out to be a cack-handed attempt to force through planning legislation – which failed – followed by it kicking both promises into the long grass with consultations. The licence fee consultation closed on April 17th but Ofcom told us that it doesn’t expect to have sorted through the heavily technical submissions until “mid-summer”. However, the recommendations in the report did heavily lean towards not changing the massive price hike.

Similarly, UKIP leader Nigel Farage told The Register that both net neutrality and mobile coverage was "very important". On the topic of mobile coverage, he told your correspondent: "Yes, we really must do something about mobile phones".

If Cameron is to come good on his “absolutely guaranteed” level of coverage, he’ll need to reduce the problems applicants currently face with regards to planning permission and antenna height. However, the scuttlebutt is that this won’t happen. ®

UK.gov: Huge mobile masts coming to a grassy hill near you soon

UK Home Office: If we want Ofcom to break the law, that should be perfectly legal