Tax shouldn't be taxing – unless you're Barracuda Networks

There was a spectacular loss of US$68.4m in Q4, compared to a US$3m profit a year ago, and a trivial US$36,000 loss in the previous quarter. This screwed full year profitability: it lost US$67.5m, contrasting with the prior year's $3.6m loss.

But don't worry, there wasn't severe pricing pressure, and cost-controls didn't fall off a cliff. Instead, Barracuda said the "loss was primarily due to a one-time, non-cash charge of $67.7m to establish a deferred tax asset valuation allowance."

If we look at Barracuda's non-GAAP numbers, which bypass this tax asset stuff, net income for the quarter was US$3.7m and, for the full year, US$15.1m. 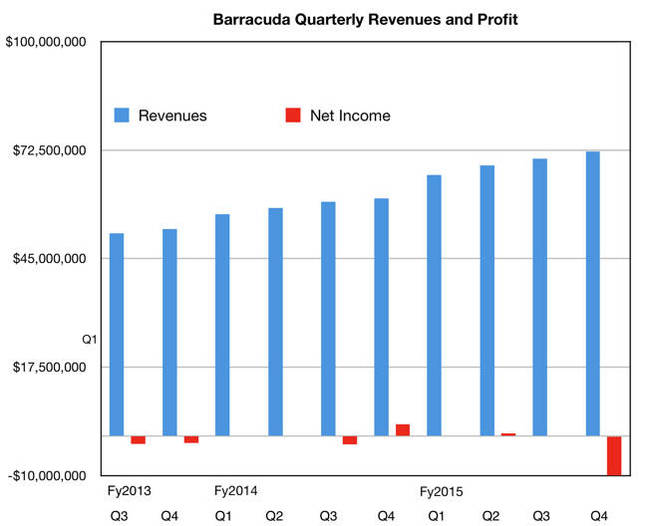 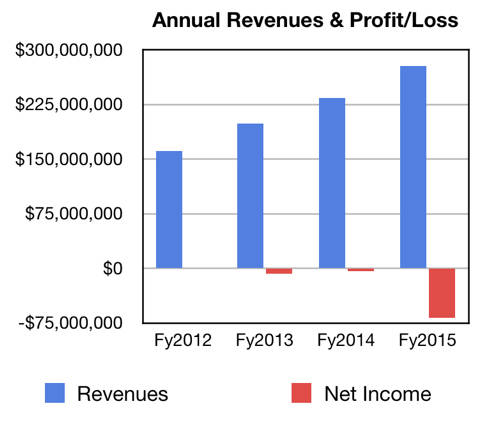 In canned quotes CFO David Faugno said: "We achieved record revenue and billings in the fourth quarter and for the full year." Jenkins added: "We now have more than 243,000 active subscribers, accelerated the growth in multi-product customers to nearly 35,000, and the number of Barracuda Shops grew 41 per cent to almost 11,000."

Things look bright for Barracuda and its cloud-connected security and storage product/services business. This fish is looking gleaming and confident as it swims through the IT sea. ®