Perfect for security-conscious types who want cameras in every bedroom

Breaking Fad Whether you’re a fan of the Internet of Things (IoT) or just a user of home technology, for many Reg readers IP connectivity is something that you probably want just about everywhere in your home, whether it’s to WhatsApp from the bath, or for things like media streamers and smart TVs in the living room.

Compared to five years ago, it’s astonishing how many IP-connected devices there are now in my flat – the phones are IP, there are media players for living room, bedroom and kitchen. There’s a weather station, heating controls, PBX, mobiles, tablets, a NAS, the Raspberry Pi I use for experiments, and plenty more.

As I expect is the case for a lot of readers, some of these are wired, and some work wirelessly. Although there will be some who have virtuously flood-wired their home with enough Cat 6 cable to cover every eventuality, that’s not practical for all of us. And, even when it is, circumstances change. When I rewired my living room, I fondly imagined that ten plug sockets in the bay window where all the AV gear lives would be more than sufficient. Twelve years later, if I kept all the bits of kit plugged in, I’d need 50% more than that. 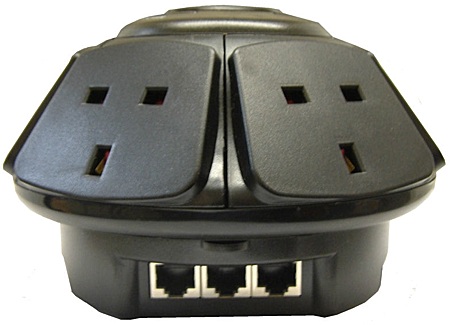 The Piggy 6 adaptor solves both power and ethernet problems

Where once the living room had just two thin ethernet points, there’s now the SmartTV (which I may as well unplug, thanks to Google’s recent YouTube changes), the PVR, Roku, Raspberry Pi and telephone, all of which want a wired connection. So, now where once a three-outlet HomePlug was sufficient, there’s now an ethernet switch too.

A HomePlug 200AV system has, for a few years, been the backbone of the network outside my home office. It provides a link to the living room, and another to the bedroom and now – thanks to the untimely death of my Airport Express repeater – to a second access point in the kitchen, which is needed because of the thick walls in my semi-basement flat. The Solwise ‘Piggy 6’ adaptor in particular is very useful for a living room where you need lots of power sockets.

Falling out of love

I have to say that, mostly, this all works fairly well. But there are times when it has been a massive source of frustration. As one’s supposed to do these days, I use encryption on the HomePlug network, and most of the adaptors are the sort that has a button to allow easy pairing with others. Hold the button down on one unit, then plug another in, hold the button on that, and the two should all pair happily. 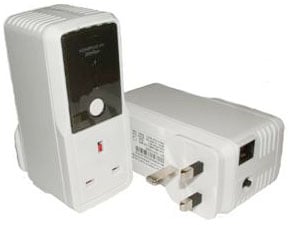 In theory, setting the network up just needs one button

Adding extra devices is fine, and in most cases I’ve found you don’t actually need to do anything at all. Just plug them in and they’ll spot the existing network, ask permission to join and it all happens automatically. (Though from a security point of view, I’m pretty sure it ought to be more complicated than that, lest someone sneak an extra HomePlug onto the network). That even extends to devices like the HomePlug security camera that I have in the bedroom.

Next page: Half cut
Page:
Tips and corrections
72 Comments

Remember that backdoor in Juniper gear? Congress sure does – even if networking biz wishes it would all go away

US lawmakers demand answers in quest against Feds-only access points

From main customer to owner