It's coming in 'waves' – and Windows 7 users are the priority

Why bother upgrading from Windows 7, though?

Another question is why someone happy with Windows 7 should upgrade – always a risky business. 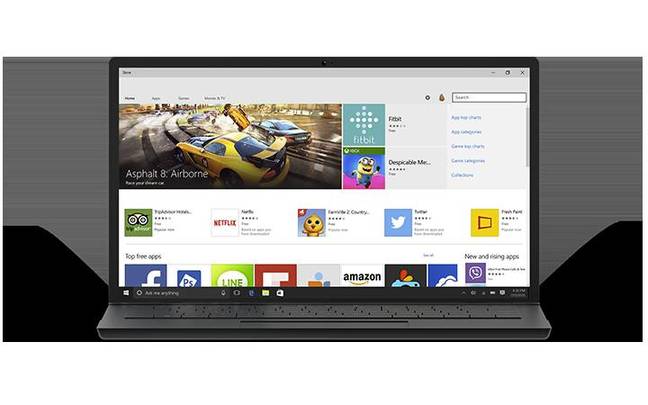 A lot has changed between Windows 8 and Windows 10, and in some ways users who have become familiar with Windows 8 have more unlearning to do than those coming from Windows 7. According to Belfiore, Microsoft is giving Windows 7 users priority.

"There are more of them," he said. "We are concerned with both, but the higher volume of people are the Windows 7 people, and the Windows 8 people are more likely to be tech enthusiasts and more adaptable.

"But we've heard feedback from touch users on Windows 8, and there's more work that we're doing. The priority for us is Windows 7 users because there are more of them, and a lot of those people feel that Windows 8 was not for them. We need them to think that we're trying to build a product that is for them."

Microsoft is now openly stating the shortcomings of Windows 8, and has moved to a more responsive development process as a result.

"Following Windows 8 we saw the mixed reaction that the user experience got, in particular from Windows 7 users who were on devices that did not have a touch screen," said Belfiore.

"That wasn't its design point. Having seen the way this played out, we thought it was appropriate to adjust the way we did this, so we moved to a model that is way more open."

Will Windows 10 be ready in time? The answer to this is also complicated. "The core sections of the OS, they're pretty close to done. Then you get to the shell, it's probably 85per cent done. Then you get to the apps, and they are really only 65 per cent done. In part that's because each part of the layer cake has to depend on the step below it, and because we can update the apps more readily. Those teams have more time. The core is pretty close to where it is going to be," he said.

Preview builds of Windows 10 have been lacking in polish and sometimes stability, but he said this is a consequence of the development process: "In lots of different branches people have code that they are finishing up and we have to merge them together. We've been in a rough spot getting all that code in but now we feel good about it. We're in that finishing up phase of the project."

The performance of the UAP and XAML (which defines the user interface for many UAP apps) is now a focus, now that key operating system components run on the platform. "The start menu used to be implemented in this thing that was very Win32," Belfiore said. "Now the Start menu is XAML, there's been a huge focus on its performance, and when we focus on those things, generally we make progress." ®