Product Roundup The Bank Holiday weekend is upon us, so why not prepare for a wet weekend, as is the tradition, and go in search of some backstabbing board games? These games can involve working co-operatively with my fellow players, which can be rewarding, but you can always change your mind and there’s nothing like sadistic satisfaction of pretending I’m not a Cylon.

A Game of Thrones 2nd Edition

This is a game you really need to play with five or six players for maximum back-stabbing and game balance. A Game of Thrones is all about conquest and gaining territory: the player holding the most cities and strongholds when the game ends, wins. It plays like Risk’s older, more complicated brother, with so many tokens I need to buy an organiser and some stick notes (for the secret messages) to create the most intrigue. 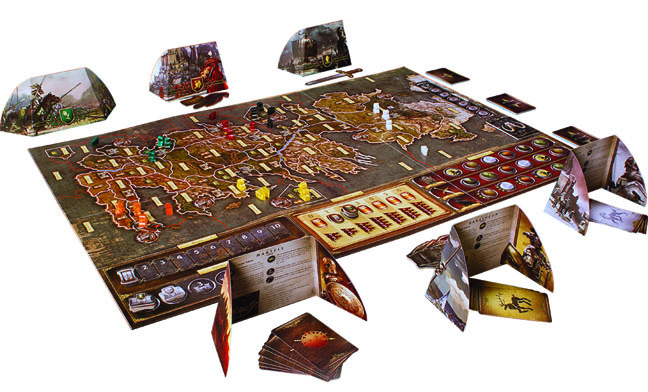 Players each take on a house – Stark, Lannister and so on – and fight for control of the board, as well as the influence track, which can grant very tasty bonuses and much-needed power to coerce other players.

There is no doubt that GoT is an engrossing game, but as it takes around six or more hours to play, fans of the HBO series looking for a relaxing night in might get lost, unless there’s a couple of hardcore gamers present to keep the game on track. There’s bound to be blood and things can get shouty.

Battlestar Galactica: the Board Game

Battlestar Galactica: The Board game is a co-operative game where each player takes the role of one of the characters from the hit television show as they search for a place to call home. They do this by travelling the far reaches of space, making light-speed jumps when possible – although this risks separating the fleet. 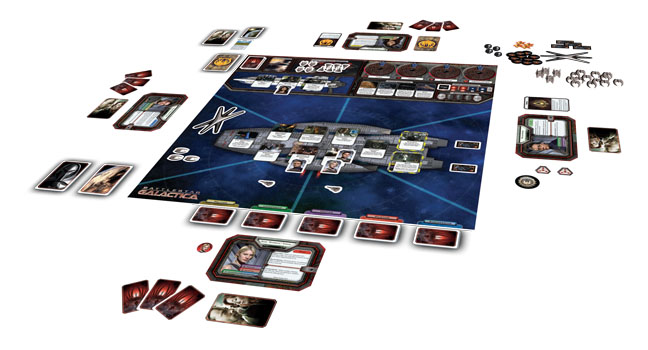 But not everyone is who they seem. Depending on a shuffle of the cards I could be a dirty Cylon and need to try my best to sabotage the humans’ journey, diminishing the food, fuel and morale of the fleet while remaining undetected. If I play Gaius Baltar, I am twice as likely to be a Cylon in the first half of the game and by playing Boomer, twice as likely in the second part – these are well known Cylon characters from the television show.

In each round, all players add cards of matching colours and different values to solve mounting crises or suffer the consequences. Cards of the wrong colour detract their value from the total score. Two random cards are added to each round, allowing Cylons to sneak in negative cards and send Galactica into turmoil.

Thematically and narratively, Battlestar Galactica the board game stays faithful to the hyperbolic space opera of a series, but I have played several friends who have not watched BSG and, strangely, it didn’t seem to matter – they found it just as enjoyable. The rules are simple and the rounds are fast, frenetic and entertaining. Although my Cylon poker face needs a lot of work.