Geek's Guide to Britain When you mention Brunel to most people, they think of the one with the funny name – Isambard Kingdom Brunel. A few folks will know that his father Marc Isambard Brunel was the first famous engineering Brunel, but not many will know that Isambard's own son, Henry Marc Brunel, was also an engineer and finished some of Isambard’s projects after his death.

Between the three of them, the Brunels created landmarks all over the UK; perhaps most famously the Clifton Suspension Bridge, which spans the Avon Gorge, linking Clifton in Bristol to Leigh Woods in Somerset.

That bridge, which Isambard Kingdom Brunel designed and often called his “first child,” wasn’t actually completed until after his death and only came about at all because Isambard was nearly drowned in an accident at the massive project he was working on in London with his father: the Thames Tunnel.

It is this masterpiece of engineering, which invented new methods of tunnelling underground and is why the Brunels are credited with creating underground transportation – and by extension, the modern city itself – that you see if you go along to the Brunel Museum in Rotherhithe, London.

The museum itself is in Marc Brunel’s Engine House, built in 1842, the year before the Thames Tunnel was opened, for the engines that pumped to keep the Tunnel dry. The small exhibition tells the story of the design and construction of the 396-metre-long tunnel, the first to have been successfully built underneath a navigable river. The display panels also detail the innovative tunnelling shield technique invented by Marc and Isambard that’s still used to build tunnels today, although these days it’s machines doing the hard work instead of men. Back then, labourers would spent two hours at a time digging, often while also being gassed and showered with shit.

The River Thames at that time was the sewer of London and the tunnel was constantly waterlogged, leading to a build up of effluent and methane gas. The result was that not only would miners pass out from the gas – even if they didn’t, men who re-surfaced were left senseless after their two-hour shift – but there were also explosions as the gas was set alight by the miners’ candles.

Although it’s a tidy and well-kept little exhibition, it is not really why you come to the museum. You come for the underground chamber below, which was only opened up to the public in 2010 after 150 years of being closed off by the London transportation system. This is the Grand Entrance Hall to the Thames Tunnel, used in Brunel’s day as a concert hall and fairground and now in the process of being turned into a permanent exhibition.

As Transport for London was building the new Overground lines, it agreed to pour a concrete floor about halfway up the Grand Entrance Hall, giving the museum the top part of the Hall while trains run below. While the museum is working on turning it into something more permanent, you can get a guided tour through a very small four-foot entrance and down some scaffolding to stand in a room that no-one has been in for more than a hundred years.

In the summer, you can even attend the opera and other concerts in the underground chamber, whose walls are still lined with the soot of old trains and carrying the marks of the sweeping wooden staircases that once led people down into the tunnel.

Originally intended as a means of getting cargo across what was then a hugely trafficked river, the Thames Tunnel ran out of money before it was able to build the extended entrance necessary to get horses and carts underground. Instead, the tunnel was opened for pedestrian use in 1843. It quickly became a major tourist attraction, with two million people a year paying a penny to walk through. 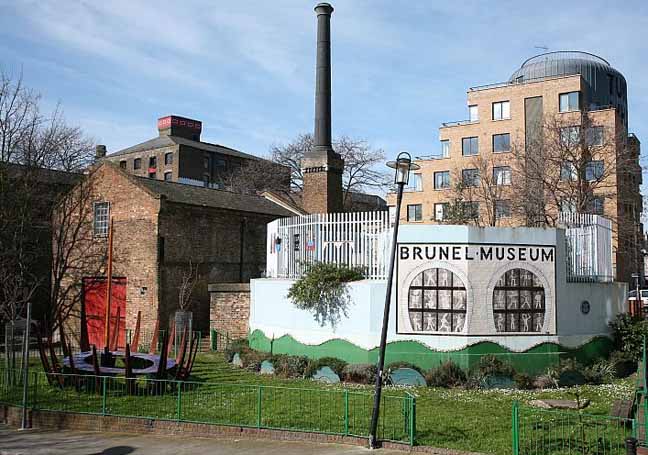 It sounds pretty successful but folks were also paying a penny to use any of the other ways to cross the Thames and the tunnel. Being new and daring, this was seen as pretty scary. To try to scare up some more payback for the massive investment, the tunnel opened up some of the very first tourist tat shops, selling Thames Tunnel memorabilia and souvenirs like cups and plates – so you could prove you were brave enough not only to walk the tunnel, but to stop and browse along the way.

Next page: The seedier side of subterranean 19th century London
Page:

In brief Also, Another red team tool at risk of turning to the darkside, and Meta catches the US military behaving badly
CSO25 Nov 2022 | 66

Promises restoration of suspended accounts, despite previous pledge to do no such thing
Security25 Nov 2022 | 306