Old, forgotten, lonely? SQL Server 2016 will sling you into Azure

Microsoft on the verge of hybrid cloud, plus encryption, JSON and more

Ignite 2015 Microsoft has today announced SQL Server 2016 at its sysadmin-focused Ignite conference in Chicago. The software will be available as a preview release this summer.

The Windows giant is continuing its commitment to hybrid cloud by adding a new called Stretch Database, which dynamically moves less active data to the Azure cloud while keeping hot data on-premises, which is supposed to boost performance.

Another new feature is Always Encrypted, which allows SQL Server to perform operations on encrypted data – at rest and in motion – with the crypto-key stored with the application. 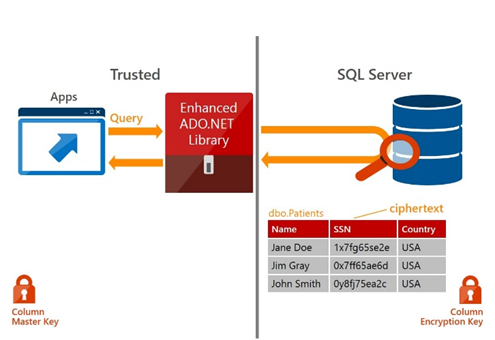 Earlier this year, Microsoft acquired Revolution Analytics, a company specializing in tools and its own open-source distribution for the R programming language, used for statistical analysis. Microsoft says that SQL Server 2016 will integrate technology from the acquisition to bring “R processing closer to the data,” without giving specifics.

It is also integrating PolyBase, an existing Microsoft tool that lets you use SQL queries against large non-relational databases such as those stored with Hadoop. Previously, PolyBase was only integrated with SQL Server Parallel Data Warehouse edition.

Microsoft is also promising native JSON (JavaScript Object Notation) support, as well as improved security and performance all round. More information on SQL Server 2016 can be found here. ®