In a galaxy far, far, far away ... Farthest ever star system discovered

Pic Astronomers at the Keck Observatory in Hawaii have spotted the farthest galaxy on record – a galaxy 13 billion light-years away that formed 670 million years after the Big Bang. 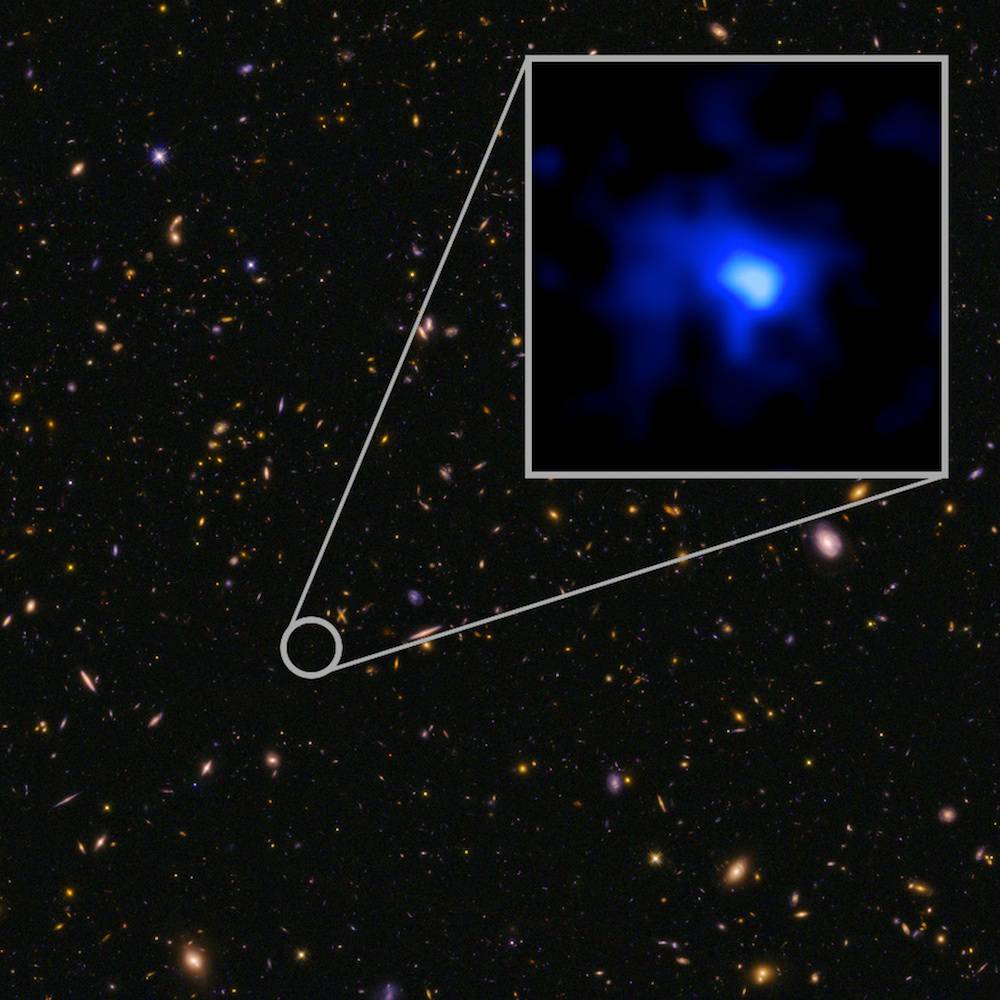 Several very old galaxies were detected by the Hubble space telescope a couple of years ago, but that instrument isn't great at measuring distance. The Keck team has now got the first hard evidence of a distant galaxy, dubbed EGS-zs8-1, using the Multi-Object Spectrometer For Infra-Red Exploration (MOSFIRE) instrument, which was installed three years ago.

EGS-zs8-1 is unusual among very early galaxies in that it's phenomenally bright for its age. It would have taken about 100 million years to form to the size that we see today. From what we can see today, EGS-zs8-1 was producing 80 per cent more stars than our own galaxy manages at the moment.

"It has already built more than 15 percent of the mass of our own Milky Way today. But it had only 670 million years to do so. The universe was still very young then," said Pascal Oesch of Yale University, who coauthored the research, published [PDF] in Tuesday's edition of the Astrophysical Journal Letters.

These very early galaxies are key to the development of humankind – thanks to a process known as reionization. Current thinking is that in the beginning, hydrogen was the only element in existence, and it was cracked by fusion in early stars into helium, and then into ever more complex elements that make up life today.

"It appears that the young stars in the early galaxies like EGS-zs8-1 were the main drivers for this transition called reionization," said coauthor Rychard Bouwens of the Leiden Observatory.

Hopefully we'll get a look at even earlier galaxies in the next few years, thanks to the lofting of the James Webb Space Telescope, which should be fired off into the Solar System in 2018, provided US Congress doesn't cut off its funding.

"Our current observations indicate that it will be very easy to measure accurate distances to these distant galaxies in the future with the James Webb Space Telescope," said Garth Illingworth, professor of astronomy and astrophysics at UC Santa Cruz.

"The result of JWST's upcoming measurements will provide a much more complete picture of the formation of galaxies at the cosmic dawn." ®