The future is coming, Still

Most users will notice very little overall difference in this latest Ubuntu release, but it’s this change that packs the biggest punch.

There are a couple of new things that make 15.04 worth the upgrade from previous versions, but the really big changes – like the move to Unity 8 and the whole "convergence" of the desktop and mobile versions – remain in the future.

In the meantime Ubuntu desktop fans get a few nice improvements, developers find some welcome new tools and a new flavor, Ubuntu MATE, joins the fold.

The biggest news is undoubtedly the move to systemd as the default init system. To understand why systemd is a big deal, it helps to understand what an init system is – to wit, it's the system that launches all other systems on your machine. When you boot Linux, the init system loads the drivers you need, turns on your network connection, fires up the necessary system service and then loads the desktop. Without an init system, you have no way to do anything.

Previous versions of Ubuntu used a homegrown system called Upstart, which was Ubuntu's attempt to create an init. However, Ubuntu remains a Debian derivative and with Debian moving to systemd, Ubuntu has elected to abandon its own efforts and get on the systemd bandwagon.

The decision appears to be purely pragmatic: systemd is a many tentacled octopus and now that it's well into Debian, Ubuntu really has no choice.

Among developers, there's been considerable resistance to systemd. No-one really wants to keep the old – and at this point, very crufty – SysV (that's why Ubuntu long ago created Upstart), but not everyone likes systemd, either.

The main complaint is it tries to do too much. It isn't just an init system – it also wants to manage user logins, handle logging and half a dozen other tasks. This of course goes against that original Unix ideal of doing one thing and doing it well. The dislike is strong enough that there's now a Debian fork whose primary goal is to keep Debian systemd free.

Even Canonical founder Mark Shuttleworth once expressed his dislike of systemd, calling it: "Hugely invasive and hardly justified".

The problem Shuttleworth had with systemd was practical. He was worried that: "Formerly-independent pieces of code, which happen to be under the control of folks driving systemd, have been rolled into that codebase." In other words, systemd is a very all-or-nothing init system and not one that distros can easily customise to suit their needs. So with 15.04, Ubuntu is making the move from nothing to all. 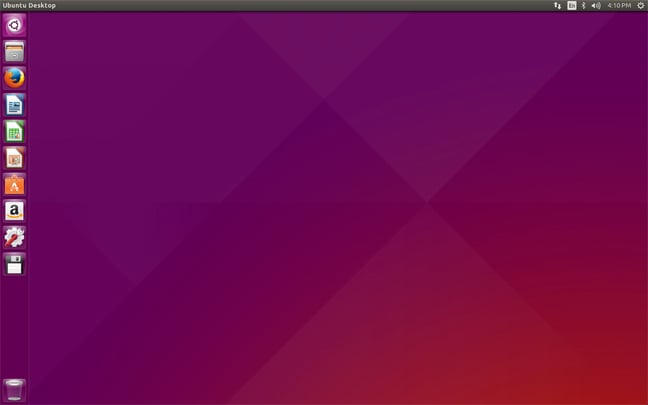 Relax, it's the same Ubuntu, just a little bit different

For the average user, the move to systemd should be transparent. Which is to say you probably won't notice anything different. That said, I had repeated problems with systemd's journald in a virtual machine. The same problem didn't crop up when installed on actual hardware.

The only reason you're likely to be affected by the move to systemd is if you have a lot of Upstart scripts, which will mean you need to change a few things. Canonical has posted a handy Systemd For Upstart Users guide that will help you migrate your scripts. Because make no mistake – while you can still use Upstart (in Grub select advanced options and you'll see one option to boot with Upstart), systemd is the future of Ubuntu and virtually every other distro out there.

Next page: Could I see a menu, please?
Page: