The future is coming, Still

Could I see a menu, please?

Of the more noticeable changes in Ubuntu 15.04 for desktop users are a couple of UI tweaks in Unity, namely the ability to always show menu items. That is, application menu items have long been hidden away in Unity. In order to see them, you had to mouse over the top bar. There's now a setting to make them visible all the time. To change the menu visibility you'll either need to paste some code in your terminal or install the Dconf Editor. If you go with the latter method, just head to com > canonical > unity and look for the option to "always show menus".

Also note that the "locally integrated menus" are not the default as they were in the beta. That's a fancy name for having application menus in the application window rather than the top bar.

There aren't really any other major visible changes in this release. The Unity 7 line is pretty much a ghost town of development at this point, as all the developer effort is (understandably) being poured into Unity 8. Unity in 15.04 is at version 7.3, which does have a few bug fixes and refinements. This includes a particularly annoying bug involving the HUD menu and fullscreen apps, which now play nice together. The kernel and Compiz have both been updated, with the former now sitting at 3.19.3.

15.04 ships with GTK 3.14.9, just missing out on GNOME 3.16, which was released after Ubuntu's feature freeze for this release cycle. That means most of Ubuntu's GNOME apps are also still at the 3.14 release version, including Nautilus, GNOME Terminal and Videos (Totem). That's quite a bit better than 14.10, which still shipped with, for example, Nautilus 3.10, but it's hardly the cutting edge of GNOME development.

The rest of the standard Ubuntu application suite has been bumped up to the latest versions, too. This release contains Firefox 37, LibreOffice 4.4, Thunderbird 31.6 and Rhythmbox 3.1, among other, smaller app updates.

Ubuntu 15.04 also sees the release of some newly repackaged developer tools, including Ubuntu Make, which is a rebranding of last year's Ubuntu Developer Tools Center. Similar to Fedora's Developer Assistant, Ubuntu Make is a packaging system for installing complete developer environments with a single command. You can easily install, for example, the Android NDK and SDK, Firefox Developer Edition or any of more than a dozen other development environments. Once Ubuntu Make is installed, you can create a new environment as easily as typing "umake android."

If you've made the leap to container-based development tools, you might want to check out the new lightweight Snappy Ubuntu Core, which is designed with devices and containers in mind. There's great support for Docker, but Ubuntu also has its own Docker-like take on containerisation that's worth checking out as well. 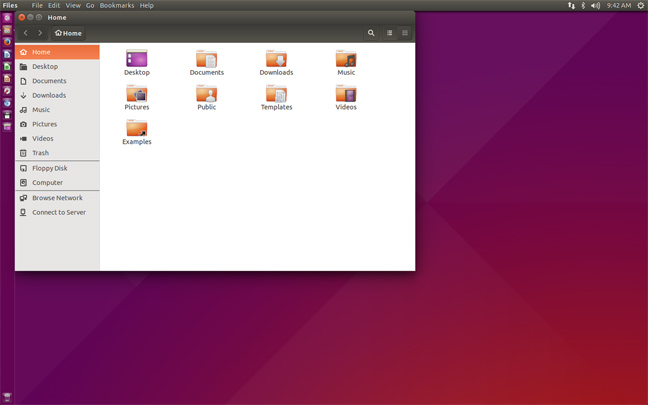 This release also sees the first official version of the new Ubuntu MATE flavor, which features the MATE desktop with Ubuntu under the hood. The result is something close to Ubuntu circa version 9.10. But with less brown.

So, the big question: should you upgrade?

There's definitely enough small tweaks and bug fixes to make Ubuntu 15.04 worth the upgrade unless you prefer to stick with LTS releases. That said, the vast majority of these small changes will eventually be backported to Ubuntu 14.04 LTS, so if you're on LTS for the stability, just sit tight, the new stuff will be available soon.

For developers who'd like to get a head start on the transition to system and those of us who want the latest and greatest on our machines, there is Ubuntu 15.04. ®