Pics and vid At 0900 EDT (1300 UTC) today, SpaceX launched a Dragon 2 capsule, capable of carrying a human crew, high into the sky, and gently landed it on the Atlantic ocean. It was a NASA-required experiment to test whether or not the craft can safely return to Earth without killing anyone onboard if a launch is aborted shortly after takeoff.

All manned spacecraft must have the ability to get the astronauts out of danger if something goes wrong with the launch.

The Dragon 2 capsule has eight SuperDraco thrusters built into the body shell, which should be used to land the vehicle if it ever makes it to Mars. They are also a safety backup system, and it's this technology that NASA and Elon's Musketeers at SpaceX were testing on Wednesday.

In the first second of the test, all eight of the thrusters went to maximum power, and produced 120,000 lbs of axial thrust. This took the spacecraft from zero to 100mph in 1.2 seconds – that's a top speed of 345mph. The Dragon fired upwards and went slightly sideways. The thrusters fired continuously until empty as planned.

Next, the capsule's cargo pod detached and fell back to Earth. The crew-carrying capsule, containing one test dummy and enough weight to simulate a full crew load of seven souls, then deployed a stabilizing drogue parachute, followed by three more 'chutes, and floated relatively gently back to a water landing. 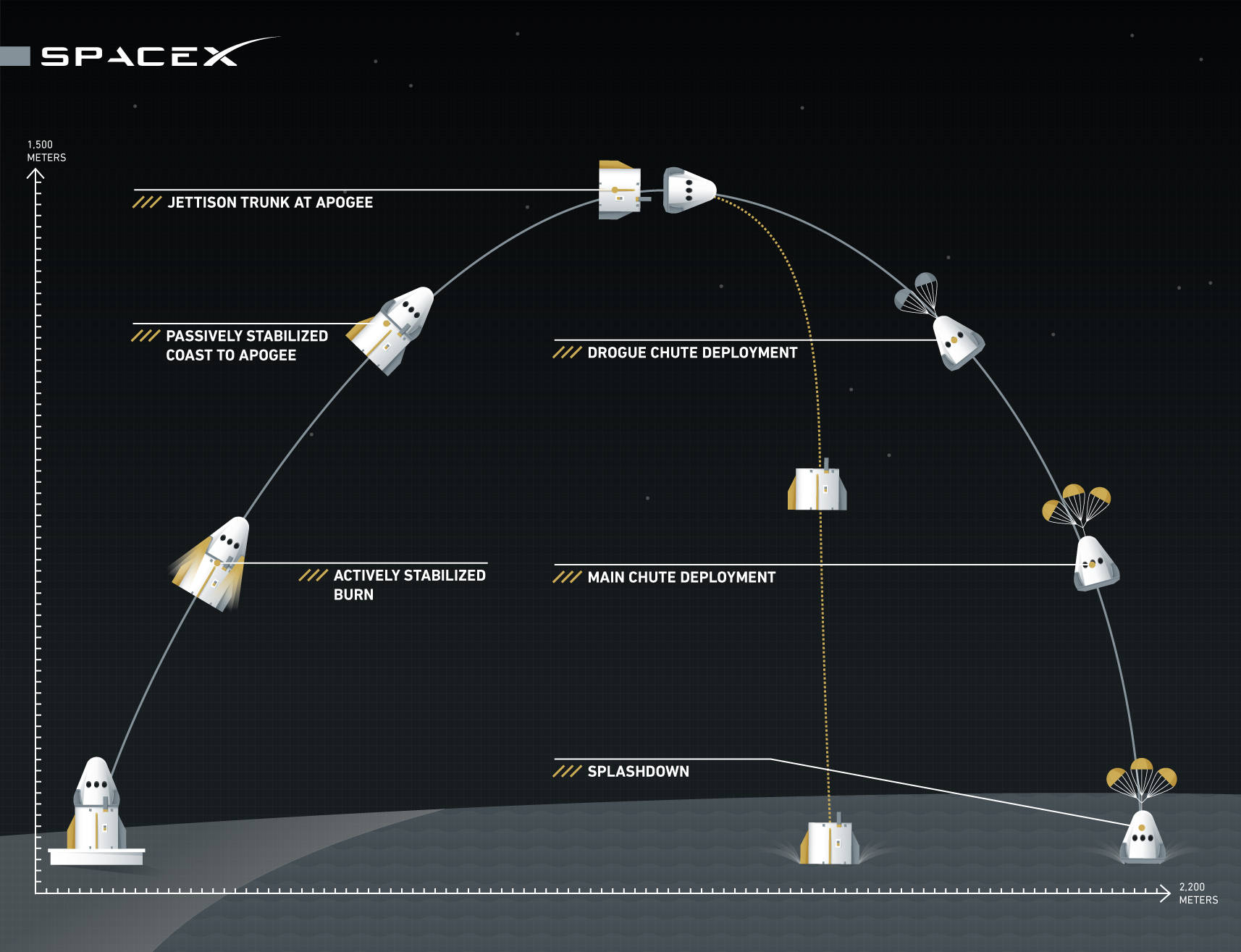 The mission was judged a success by NASA observers, and the Dragon capsule will be taken back to SpaceX's labs for a strip-down and examination. Sources close to the operation told The Register that a couple of the SuperDraco thrusters were slightly below the levels observed in Tuesday's test firing.

Next on NASA's checklist before it can certify the craft as safe-for-humans is an in-flight pod abort: this involves firing the Dragon 2 off a moving rocket, and getting the occupants back down to Earth safely.

The in-flight test is going to be a much tougher challenge, given the speeds and stresses involved. SpaceX says it will be ready to take a shot at it later in the year. If all goes to plan, the Dragon 2 will eventually take its first human cargo (plus a lot of supplies) to the International Space Station. ®