Request comes as latest plans put out to public comment 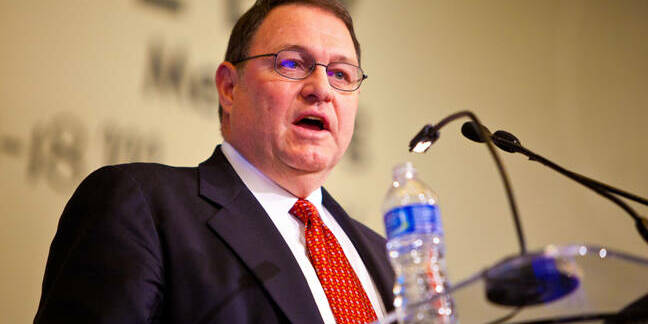 The US government has asked the internet community how long they think it will take to decide on and implement changes to the top level of the internet, and so how long it will need to extend the current IANA contract.

In letters sent to the chairs of the two different groups working on transitioning the critical internet functions away from US government control to current contract holder ICANN, assistant commerce secretary Larry Strickling asks that they "assist us in our planning for the fall" by producing "an update on the status of the transition planning and the associated timeframes, including the community's views as to how long it will take to finalize the transition plan and implement it after it is approved."

It wants the plan before the end of the June, the letters note, in order to allow the matter to be discussed at an ICANN meeting in Argentina on June 21-25.

The current IANA contract is due to expire on September 30 this year and this was originally pegged as the deadline for completing plans to move control of several critical internet functions away from the US government.

Despite determined efforts by the internet community in recent months however, it has become increasingly clear that the September date will not be possible.

In the letters, Strickling reiterates the same message he has been making for more than two months: that September 30 is not a hard-and-fast deadline and the internet community is in charge of the process.

"We have never viewed the September 30 date as a deadline, but have stated from the start of this process that the transition planning should proceed according to whatever schedule the community sets," he wrote.

The letters comes as the latest draft proposals from the two groups have been put out for public comment.

One group is recommending that the contract itself is given to a new subsidiary of ICANN and two new bodies created to ensure that its functions are carried out efficiently.

The second group is proposing changes to the structure of ICANN itself to make it more accountable, including the ability for the internet community to sack Board members as well as veto key decisions and bylaw changes.

While it is possible that near-final decisions on what to do are made by the end of September, the full details are unlikely to be completed and, crucially, will not be implemented before the current IANA contract expires.

Strickling's letter makes it plain that the US government will not end the contract until everything is in place for an orderly transfer. Under the existing contract, the US government has the option to extend it twice for up to two years each.

In reality, an extension for more than a year could prove disastrous since it would put the move past the presidential elections and into a new political landscape. Currently President Obama is in favor of the transition and the Administration feels it is able to make that change without needing Congress' explicit support. That situation would likely change with a Republican president.

As such, the expectation is that the internet community will ask the department in charge of the IANA contract, the NTIA, to consider a nine-month extension, providing a new deadline of 30 June 2016 - which would also coincide with the last day of ICANN's 56th meeting to be held in Latin America.