Ideal if you roll in pissed to find an empty fridge ... but a full pet cage. Or maybe not

We at the El Reg post-pub nosh team are taking a break from the kitchen this week, and bringing instead a report from deepest Peru on classic cuy chactado (deep-fried guinea pig), courtesy of my old pal Gavin Wright.

Gavin has a penchant for tackling challenging routes worldwide atop his bicycle, and was recently in Bolivia and Peru, slogging through mud, over mountains and across high plains. Here he is erecting a small track-side cairn, which is apparently a bit of a local custom: 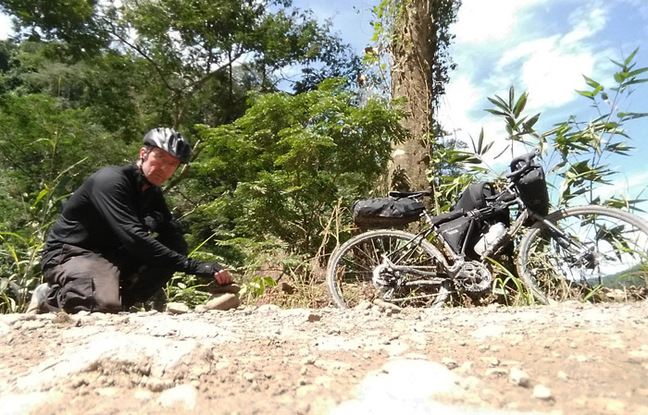 It's also a local custom to eat guinea pig (cuy), and has been since Andean highland tribes domesticated a wild rodent (probably Cavia tschudii, aka the Montane Guinea Pig) to eventually produce Cavia porcellus.

Europeans later introduced the guinea pig to their home countries, where they were warmly welcomed as pets, while in South America they continued to be viewed as simply livestock.

This is still the case today, with cuy forming an important part of the diet in Bolivia and Peru, and also gracing plates in some parts of Ecuador and Colombia.

Further afield, guinea pig can be found on Peruvian expat menus in the US, where diners might enjoy the improved "Peruvian Breed" – the export plump porker developed by Peru's La Molina National University as part of an attempted to punt cuy consumption to non-believers.

It's fair to say this idea is probably on a hike to nowhere, given many westerners' preference for guinea pigs scuttling around in a cage, rather than hammered flat on a plate. Gavin evidently didn't keep guinea pigs as a child, because as soon as we asked him to check out the deep-fried variety, he was straight into a restaurant in Puno, on the shore of Lake Titicaca, and tucking in.

The dish on offer was the aforementioned cuy chactado, which is deep-fried under a stone to keep it flat. Alternative cooking methods are broiling or roasting, but here's a vid of how to do the chactado variant, according to an expert from the city of Arequipa in Peru:

The recipe in this case involves a "well-shaved" guinea pig, salt, black pepper, a mixture of ground garlic and nutmeg, and lemon juice. The rest of the process is pretty self-explanatory, although the second cuy shown has been pre-boiled and is then fried simply to crisp up the outside. Potatoes (papas) are the traditional accompaniment, although fried broad beans (habas fritas) are apparently legitimate.

Back in Puno, Gavin's shot of the cuy underside reveals the process by which the animal is split from snout to rear end - including the lower jaw – to allow it to be adequately flattened: 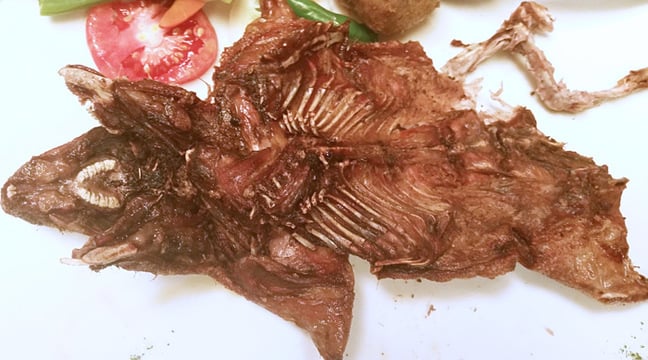 He kindly-provided an explicit blow-by-blow account of how you get the guinea pig from the running around to the ready-to-fry states, but we're sure readers can work that out for themselves.

In reality, chasing a rodent (liable to be a treasured family pet) around the kitchen with a large knife after a robust night on the sauce is probably a very bad idea. Accordingly, we'll leave it to the Peruvians to do the cooking, and wrap with Gavin's assessment of cuy chactado as a wobbly dining choice.

He confirmed it certainly does the job, with the best portion "a soft fatty bit at the base of the lower jaw that tastes delicious": 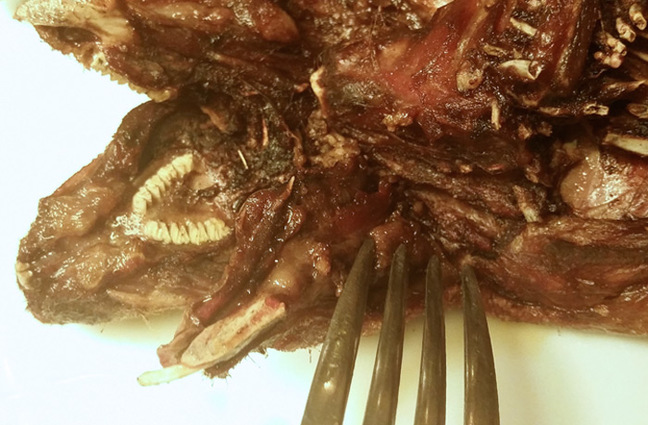 He concluded: "One whole guinea pig is quite a lot to get through. Once I was done I decided to taste that green powder decorating the plate. It had the unmistakable flavour of coca leaf." 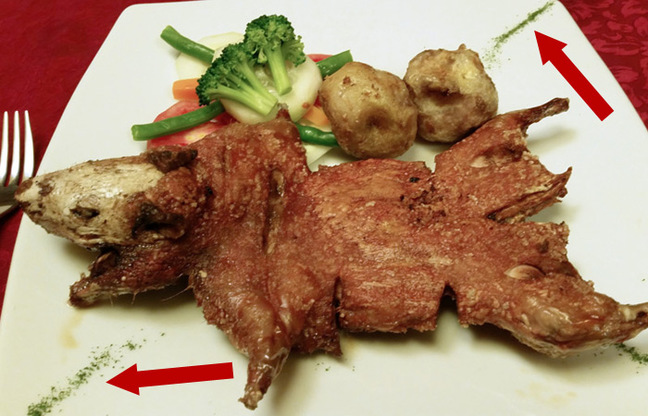