Well, here's another nail in the coffin for traditional storage arrays; Gartner claims array SSD sales were up just one per cent year-on-year, while server flash sales grew 51 per cent. EMC leads the AFA players, while Cisco and Dell are nowhere. 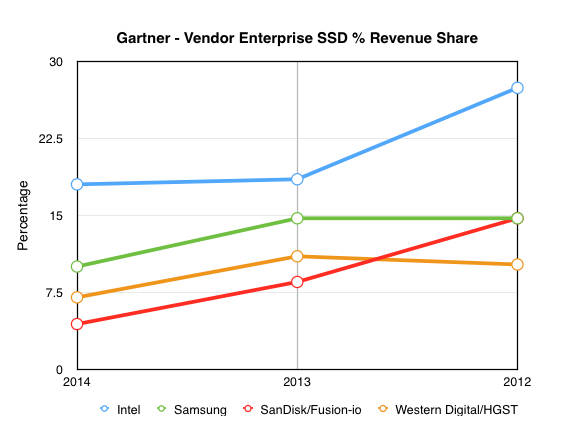 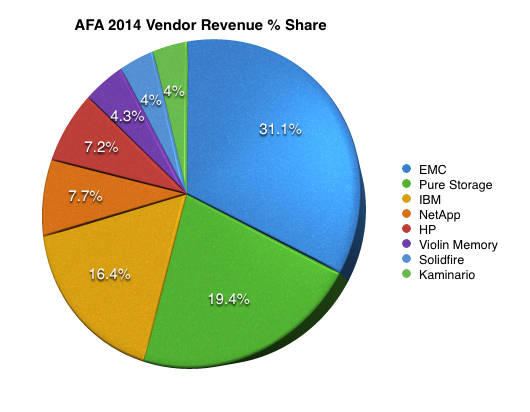 What do we notice? Neither Cisco nor Dell appear, meaning their AFA revenues are less than $50m.

We expect Cisco AFA sales to be flat because of its on-off sales availability for its troubled Invicta arrays. But Dell being absent from the Gartner numbers chart shows how relatively low its AFA sales must be.

It's still a young and fast-growing market. All suppliers could do well this year so long as they have good kit and a great channel. Dell looks be the weakest player right now and needs to pull its flash socks up if its going too gets its AFA sales running faster.

Otherwise it could be consigned to the also-ran category. ®