Gaze upon the desirable Son of Alpha: Samsung Galaxy A5

Review The most important Samsung phone of the last 12 months was the Galaxy S6, right? Nah. It was the Galaxy Alpha. The Alpha heralded a momentous change in Samsung design, from tired and mundane to rather stylish, and in material quality, from cheap plastic to high quality metal. 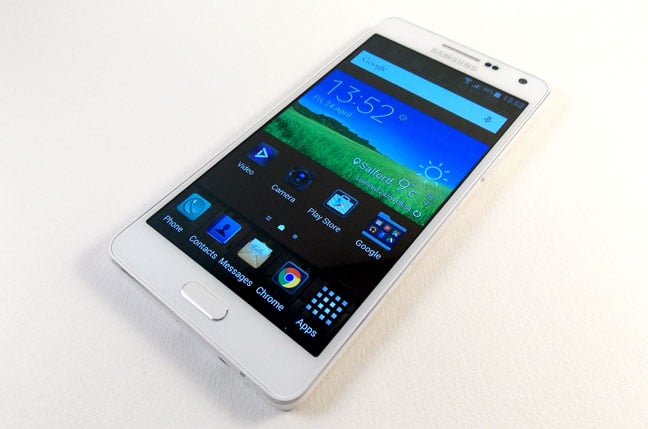 In one leap it moved Samsung alongside HTC and Apple in both style and build.

The Alpha was essentially a prototype but it has now spawned the Galaxy A series. Excluding multi-SIM variants, there are currently three models in the range: the 4.5-inch A3, the 5-inch A5 and the 5.5-inch A7.

As far as the UK market is concerned the A3 and A5 are the important models, the ones Samsung is putting its marketing shoulder behind. It's the A5 I've been sent. 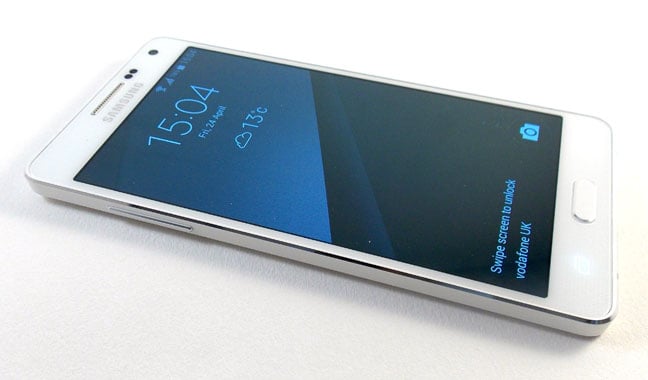 Before we get carried away I need to say a word about price. Unlocked, the A5 will set you back £300 – but that is thanks to a £50 money off promotion at the time of writing. That’s still £150 more than the technically not dissimilar Motorola Moto G. For the same sort of money Chinese smartphone vendors like OnePlus and Huawei (see the El Reg P8 hands on) will sell you a device with a significantly higher paper spec.

With the majority of British buyers looking for monthly contract deals from a high street name they can pronounce, the competition from the more obscure Chinese OEMs is irrelevant. But the Motorola offers a daunting value benchmark.

Visually, the Samsung Galaxy A5 picks up right where the Alpha left off. The metal frame lacks the corner flares of the Alpha giving it a more sleek and minimalist look but the cut of the metal frame is just as tight. Weighing a bantam 123g and measuring only 6.7mm front-to-back, the A5 is impressively compact for a five-incher but it still feels as solid as a rock.

The satin white and chrome colour scheme of my review device was a little effeminate for my taste though her indoors reckoned it was lovely. Colours aside – there are several other options – I was impressed with the look, heft and feel of the A5. Aesthetically it ranks right up with the very best smartphones on the market. Even the physical home button now looks and feels more up-market. 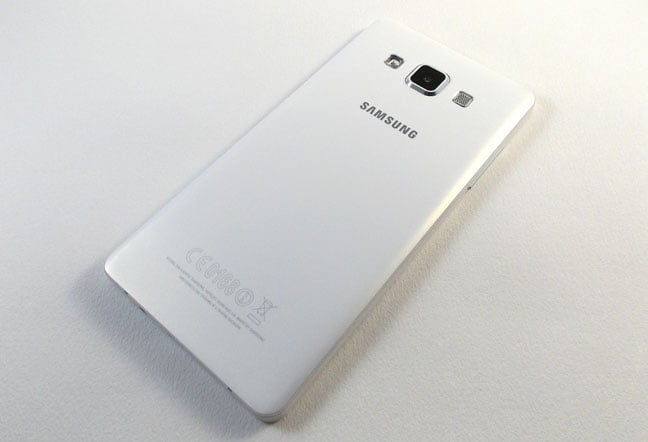 Speaker sits next to camera lens. Both components do the job nicely

While the Alpha’s back unclipped to reveal a removable battery the A5’s does not. The 2,300mAh battery is fixed in place and the back is sealed. This means that the nano SIM and microSD card slots are cut into the right hand edge. The rear of the A5 boasts a swish satin finish. This makes it warmer to the touch and less slippery than clean metal or glass.