Take your pick, and don't worry about the price tag

Review It’s not often you get an SSD manufacturer launching two new families of drives at the same time, but Crucial is back from kicking the sand into the faces of its competitors with its aggressive pricing policy of the MX100 series. This time it's flexing its muscles with the BX100 and MX200 ranges. 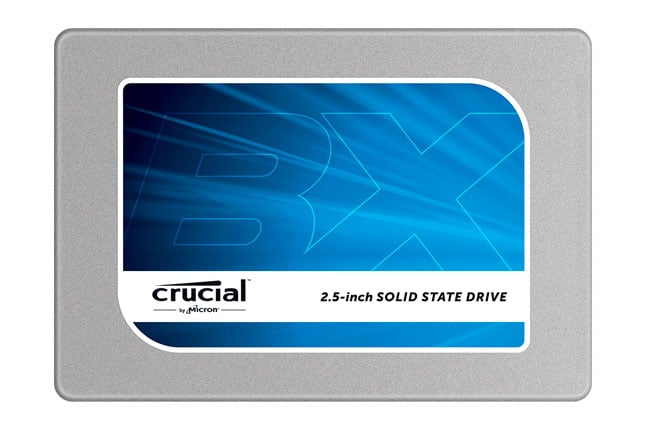 These two are aimed at two different market segments. But, as we all know when it comes to SSDs, the lines between segments gets a wee bit blurry, so let’s see how the two compare.

The BX100 is the new budget model – you see what they did there with the B moniker? Now, you may say quite rightly that the words “budget” and “321 quid” don’t really fit in the same sentence, albeit for a 1TB SSD.

Take a gander at the Crucial website, though and you’ll see the M500 960GB drive, which is still available, is some £56 dearer and is three generations older. I’m using the M500 1TB as a comparison as Crucial didn’t produce a monster version of the MX100 we reviewed recently and the M550 doesn’t appear to be listed anymore.

The MX200 is available in a variety of form factors but M.2 is SATA only

The MX200 is all set to dominate the mainstream market as it’s earmarked to eventually replace the popular MX100 models in this market segment. The drive is also available in two other formats namely mSATA and M.2. The M.2 version comes in two lengths (2260 and 2280), but only as a SATA 6Gb/s M.2 not with the more desirable PCI-E interface.

For these formats the drive is only available in 250 and 500GB capacities. Crucial has dropped any capacity lower than 250GB for this range with the flagship as with the BX100 being a 1TB model. 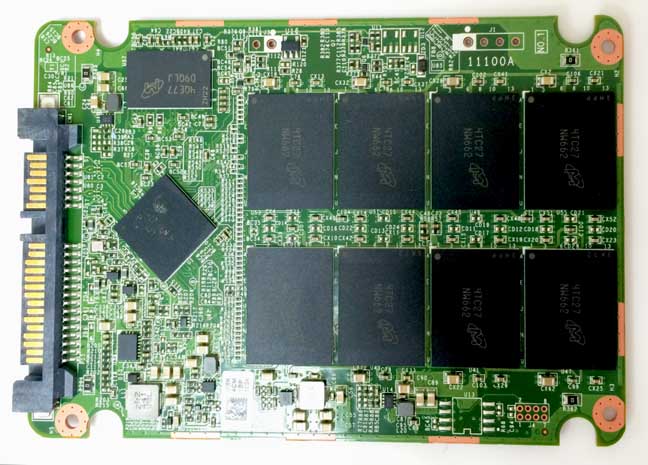 So what are these new drives all about then?

In a break with tradition, the BX100 sees the usual Marvell controller being moved aside for a different chip. At the heart of this drive sits a Silicon Motion SM2246EN controller. This is a four-channel chip with a 6Gb/s interface capable of supporting Sequential Read/Write speeds of up to 540MB/s and 487MB/s, respectively. It also supports AES 128/256-bit encryption and TCG Opal specifications.

There are sixteen 16nm Micron 128Gbit NAND packages (eight per side of the PCB) that provide the capacity in the 1TB drive I’m looking at and there are also a pair of two 256MB DDR3 chips providing the 512MB of cache.