Time to green it up, tech titans, says Greenpeace 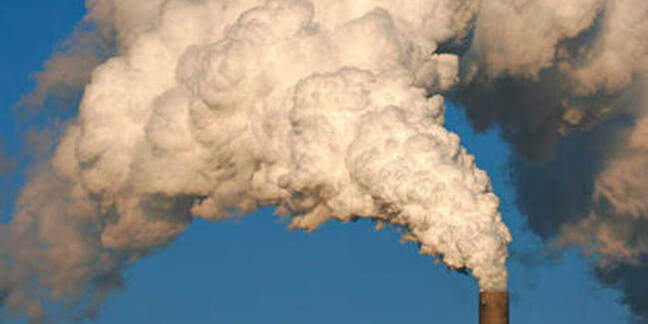 Greenpeace has released a report naming the tech companies who make the best (and worst) use of renewable energy.

The 2015 Clicking Green report (PDF) named which companies were relying heavily on renewable resources and which were powering their datacenters with coal and other non-renewable materials.

The report grades companies on areas including renewable energy commitment, deployment and advocacy of green power, mitigation and the transparency of their energy policies. It doesn't take into account the electronic waste the companies produce.

Among the top performers were Apple, which was given an "A" grade in all of the criteria and earned a nearly perfect score from Greenpeace.

"Apple is also having a positive impact on pushing major colocation providers to help it maintain progress toward its 100 per cent renewable energy goal."

Other firms were not so lucky. Some of the worst-scoring firms in the report were big names including Oracle, which was graded poorly in its renewable energy commitment and energy efficiency efforts.

"Like others, Oracle has focused on efficiency in its servers and data centers, but it lags behind sector leaders in building a renewably powered digital economy," the report reads.

Another company shamed in the report was online auction house eBay, who was docked for its lack of a renewable energy commitment and use of facilities powered largely by coal.

"Establishing a long-term goal for 100 per cent renewable energy, as other sector leaders have done, with midterm achievable milestones, would help drive critical conversations with eBay's electricity and colocation vendors on how they can help eBay become renewably powered," Greenpeace said.

A third firm given low marks was Amazon Web Services (AWS). The cloud computing giant was scolded for not being able to provide customers a transparent view on how its datacenters get their electricity.

"AWS's continued lack of transparency is a problem that will likely become a bigger concern to its customers. AWS has recently stated that it is currently 25 per cent renewably powered, but with no additional detail provided," Greenpeace writes.

"As it stands currently, neither customers nor stakeholders have an effective basis of evaluating AWS energy performance."