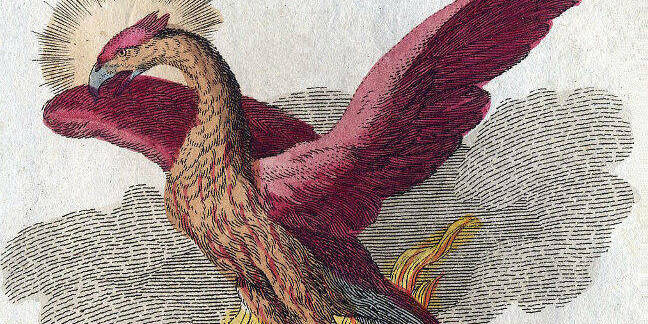 Say hi to The Brantley Coile Company*, because it now owns the AoE technology assets that went south when Coraid crashed and burned.

Coraid was a start-up which was founded in 2000 to build EtherDrive networked storage arrays using ATA-over-Ethernet (AoE) access protocol as an alternative to Fibre Channel and iSCSI. AoE is not connection-oriented and is said to be simpler and lighter weight in use than either iSCSI or Fibre Channel. The company was started up by ex-Cisco man Brantley Coile, who devised and patented the AoE protocol.

Despite having new funding and management from 2010 onwards, the firm collapsed earlier this year. Coile contacted us to say: "I have resurrected my old company, The Brantley Coile Company, Inc, which has purchased the rights to the EtherDrive CorOS product line from the new owners of the Coraid intellectual property. We will open source the SRX and VSX source code, as well as provide fee-based software support and new features for SRX customers."

That sounds a workable plan, especially the part about open-sourcing the code.

He explained that he has had little or no technical input to the AoE products since 2011: "I have not had any real input into the development of EtherDrive CorOS SRX or VSX for the last four years, so I’m very glad to report that now I’ll be personally working on future features and bug fixes to continue the AoE revolution. Now that the copyrights are back in the company that wrote the specification, expect more interesting things. Also, the technology I have been developing over the last six months from my stealth start-up South Suite Software will be integrated with the SRX in the coming months."

Coile will make it "possible for current SRX customers to continue to use and expand their AoE deployments. We will shortly offer unlocked binaries and instructions on building one’s own SRX out of Supermicro components. With the EtherDrive CorOS SRX software back as a supported product, the cost of AoE storage just went way down".

Coraid's last CEO, David Kresse, gets a big back-pat from Coile: "His continued concern for the customers marooned by Coraid’s failure to raise another round and its subsequent demise shows exceptional integrity." ®

* We understand that The Brantley Coile Company website should go live some time on May 12.

Comment We'll do the front end, you take the back end

Peter Godden floats from scale-out Ethernet into the clouds

Quite simply the simplest in the world