Feature Exactly a year ago today Adobe’s Creative Cloud servers went dark for a whole day, leaving some users unable to open their apps. Deadlines were missed, clients were let down, digital editions failed to appear and a generally crap time was had by all. 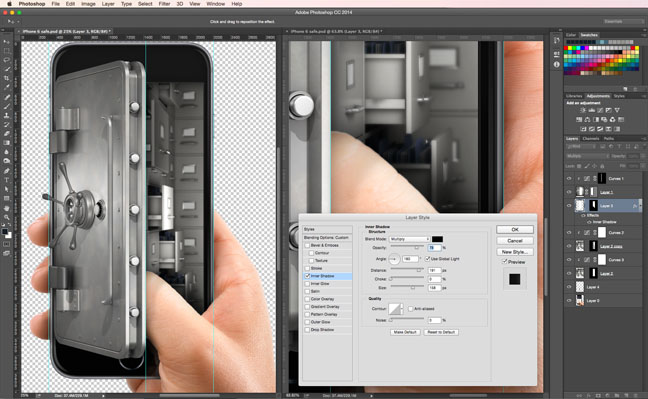 For more challenging jobs, stacking elements and effects in layers means you can keep re-editing. Although other apps support layers, not all match Photoshop’s flexibility – click for a larger image

Adobe’s social media team assured thousands of panicking creative professionals that normal service would probably be resumed fairly soon and in the meantime they should have a nice day.

It would be fair to say this did little to help the case for cloud-managed subscription-based software.

Adobe’s switch to the rental model had already spooked some customers of its most famous product, Photoshop. Known to the general public as a verb, the app – currently marking its 25th birthday – is the default image editing option in the creative industries and beyond.

But you can no longer buy it as a standalone product. If you don’t want a full Creative Cloud subscription, which works out at £45.73 a month when you sign up for a year, you can get Photoshop CC 2014, bundled with the Lightroom 6 photo manager, for £8.57 a month. One subscription covers Mac and Windows. 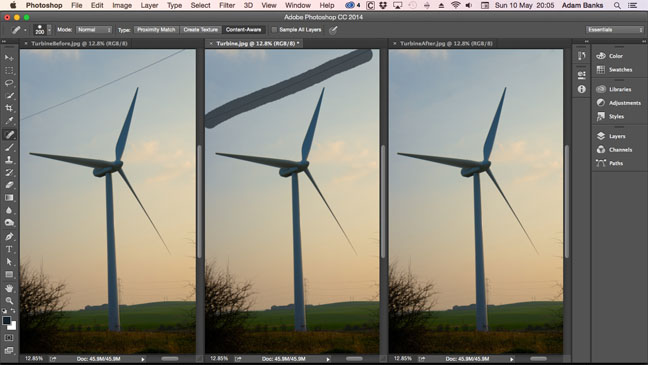 Repair tools like Photoshop’s Healing Brush quickly remove unwanted elements from a scene: just paint roughly over them and the background is extended to fill the gap – click for a larger image

Considering that Photoshop used to cost over £500 – or £900 for the Extended version, the equivalent of today’s unified edition – you can’t really knock the value. Still, a lot of users aren’t comfortable with the thought that if they stop paying, their software will stop working.

And we’ve seen that it might even desert them even when they do cough up on a regular basis. So, whether as an alternative or a fall-back, it’s worth knowing what other image editors are out there.

While Adobe insists the subscription model is working well, other photo software makers haven’t adopted it. You can buy, rather than rent, their apps, many of which feel more accessible than Photoshop with its endless commands and palettes. 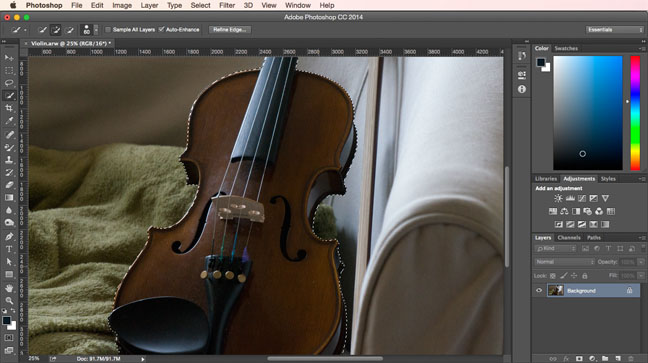 Adobe itself recognised that Photoshop wasn’t for everyone when, five years ago, it launched Lightroom. That app is aimed at working photographers who need to manage huge libraries of pictures, and tweak ‘raw’ image files (rather than pre-processed JPEGs) from posher digital cameras, but have less interest in extreme manipulation or montage.

Until recently, Lightroom was a neck-and-neck rival to Apple’s Aperture. With the latter now superseded by the consumer-oriented Photos, the high end is all Adobe. Pay your £102.30 a year and you can choose to use Photoshop CC 2014, Lightroom 6 or both. If you only need Lightroom 6, it’s also available to buy outright at £103.88.