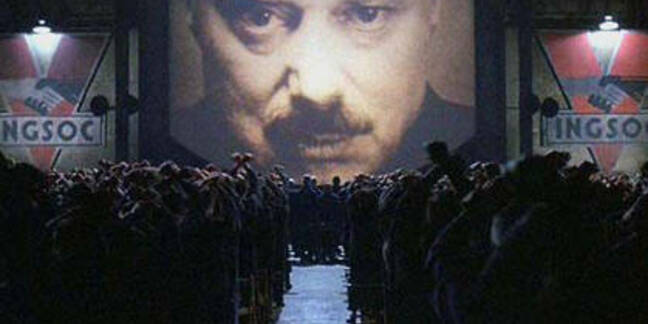 With Australia distracted by the federal budget and Johnny Depp's dogs*, it's escaped the media's notice that the government wants to add The Border Force to the list of agencies that can access retained data of Australians.

Border Force is the strongarm branch of Customs and Border Protection, and legislation creating the body is currently before the senate.

Ludlam pointed out that only six weeks into the life of the data retention legislation, there is “the first example of scope creep – the Australian Border Force wants to be able to scrape peoples' phone and e-mail records and find out who they were talking to and where they were.”

He points out that when the data retention legislation passed “Senator Brandis made a great show of narrowing the range of agencies that would be able to access the range of material collected.”

He noted that even the “feeble” protection of adding the agency through regulation (which would ultimately require approval by the Parliamentary Joint Committee for Intelligence and Security) has been bypassed by the legislation.

That would give the Border Force access to retained data “not just of employees … not just that of asylum seekers, but of anybody in the country.”

Border Force's host is the Department of Immigration, the very agency responsible for the breach of privacy that occurred last year when a staffer encapsulated 10,000 asylum seekers' names and addresses in a public report.

The agency proved unable to read its own logfiles to work out how many people downloaded the data while it was public. It needed KPMG's help to work out that the data was seen by 123 people.

He also notes that the federal government's attitude to leaks about conditions in Australia's offshore detention camps – which have included details of abuse by guards, atrocious living conditions, and sexual abuse – has been to refer journalists to the Australian Federal Police.

“For anyone who was wondering just how dangerous these powers of telecommunications access can be, here is an example.”

Border Force “will have access … to the personal private records of every one of their employees, their families, everyone they come into contact with, everyone they talk to … by rubber-stamping a single sheet of A4 paper.”

Ludlam's speech to the Senate is below. ®

Bootnote: Johnny Depp's dogs, you ask? It seems Jack Sparrow decided he couldn't live without his terriers Pistol and Boo, so brought to Australia on his private charter flight for filming of the next Pirates of the Caribbean flick. Animals entering Australia are required to spend time in quarantine, as while the nation is "filled with monsters" as our own Trevor Pott puts it, it's free of monster micro-organisms present elsewhere in the world.

Depp's dogs went from a minor story to a major embarrassment for the government when senator Barnaby Joyce said the creatures should “bugger off” (for Americans, “get lost” but more insulting) and threatened them with euthanasia. At the time of writing the dogs are still alive.

And the agency that Depp managed to slip the mutts past? Customs – the very agency that wants retained data access via Border Force. Ineptitude is too kind a word. ®