Review There’s a commuter who gets off the train where I live who has a tablet down his trousers. Call it the middle-class version of builder’s crack or the male equivalent of the inappropriate G-string, it peeks out over the top of his chinos. 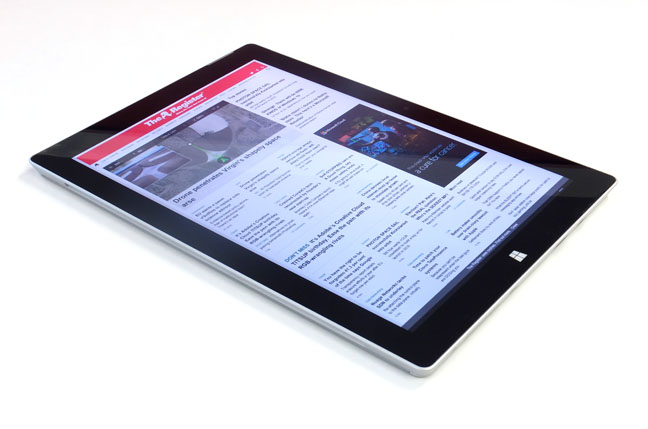 Protruding from the top of that tablet is a long, red wire leading up to a pair of earphones clamped to this man’s head. Not for this chap the more compact form factor of the smartphone-based music player or an iPod. This man's personal music player is a tablet.

Whatever it is, we’ve crossed a Rubicon, as he climbs on his bike and pedals energetically off, tablet now serving as a mudguard.

We’ve read about tablet sales slowing because everybody’s bought their first, as well as how prices are falling thanks to Android. What you have here is a manifestation of both: a class of computer that's clearly so cheap this man can abuse it by sitting on it, probably sweating into it, and even cycle with it, running the risk it pops out onto the road.

It would make Jony Ive weep. 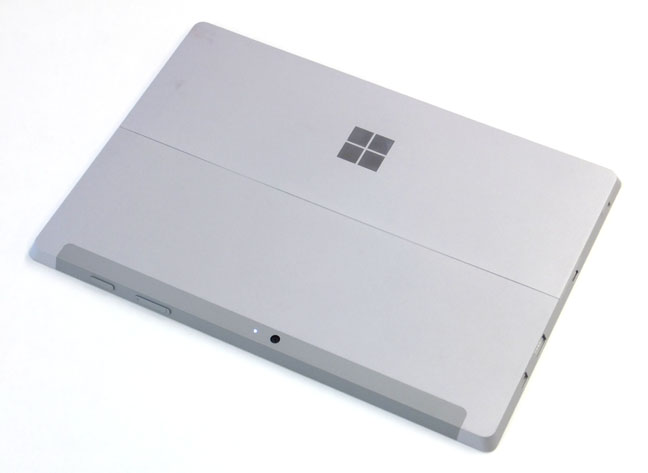 8MP camera when you need it, wih a 3.5MP shooter for web chats on the front

Into this unforgiving scene comes Surface 3, Microsoft’s latest installment in touchable tablets. The reason for Surface has never been 100 per cent clear. A mere proof of concept, honest PC partners, no threat to your businesses; Microsoft’s staggeringly delayed response to the iPad; now, the best of a tablet that works as a laptop – so Microsoft says.

Surface Pro is Microsoft’s workhorse slablet and, presumably, targeted at workers torn between keyboard and touch, Apple and Microsoft.

But Surface? A machine with a slightly smaller physical size than Pro and a slight overlap on storage and memory? Who are we going for here? The professional wanting a smallish first machine, or wanting their second machine? Consumer?

Why would I want the latest Surface, Surface 3? “To do email and surf the web,” Microsoft tells me. If I had income to spare, would I – should you, should the man on the train who likes to wear tablets like a bullet-proof pair of boxers – bother with Surface 3?

Surface 3 is what the Surface RT would have been had Microsoft not given up on ARM. 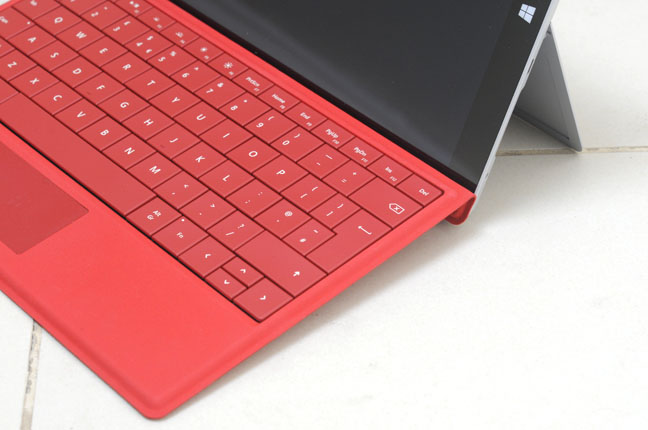 It measures 267 x 187 x 8.7mm and is now in the Intel club with a quad-core 1.6GHz Atom processor and weighs 622 grams. It comes in two flavours - 2GB and 4GB of RAM, with 64GB and 128GB respectively – I’ve got the latter. Recommended price for this is £499. If this was trying to out-Apple Apple, then it would seem to be the iPad Mini 3 based on spec and price. Not that it succeeds: it’s more expensive, it’s fatter by nearly half and bigger, but not as wide.

It’s not as pretty: a letterbox format versus the iPad’s squarer shape, sharp, angled edges to facilitate the built-in kickstand versus rounded corners. If the Soviets had done tablets, this would be it: the Buran to NASA’s Space Shuttle.