Witcher 3: Wild Hunt – a true monster in the making

It started with a kiss

Game Theory So, I've had sex with three women this week, and before you ask I haven’t changed sexual preference and succumbed to any Sapphic tendencies. No, it’s because I’m balls deep in what may be the defining action RPG of our time — The Witcher 3: Wild Hunt. 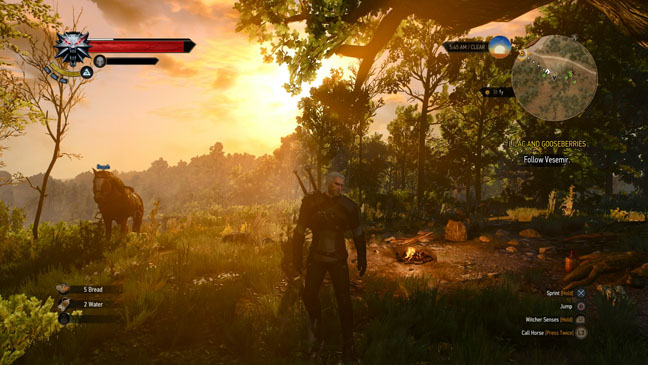 As I walked out one midsummer morning...

The world of Witcher is a beautiful, terrible place. From actual monsters stomping through woodland to the monstrous nature of human interactions and emotions, this is a game of such depth it often left me breathless. Or maybe that was just the sex.

A complex branching narrative, challenging combat and some of the best beast and monster design I have ever seen, is complemented by an enormous world that it has been a pleasure to explore.

The attention to detail visible in each nook and cranny of every building and swamp, the interactive environment I can use to my advantage in combat. It all shows a passion during the development for what game creation should aspire to be. 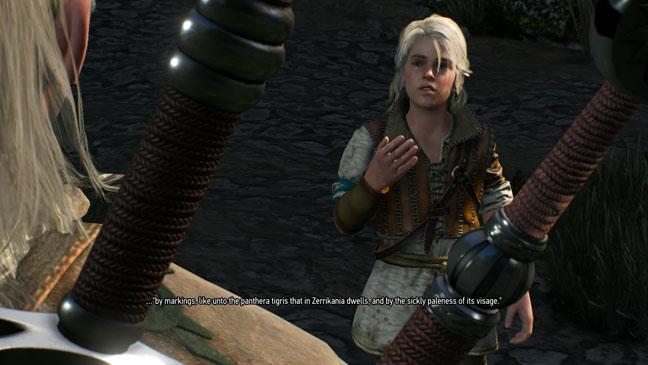 Talking to Ciri and not an iPhone in sight

The narrative in the Witcher series is extremely important and, without giving too much away, this installment's narrative doesn’t disappoint. It feels like a natural progression from the original books. This third installment follows the intertwining fates of the two femme fatales in Geralt’s life, lost to him for years his lover Yennefer and adopted ward Ciri (who I meet in training as a terrible tot).

The latter is being pursued by the wraith-like Wild Hunt. Yes, there’s a long history behind this game but I don’t think that if you’re a newcomer to the franchise there’s anything to be hesitant about, as important events are recapped at the beginning of the game.

This feeling of making choices is a familiar and important aspect of Witcher gameplay and I often have to choose my words with care to avoid upsetting the locals. The choices Geralt has to make become increasingly complex and meaningful and everything is often not what it seems. 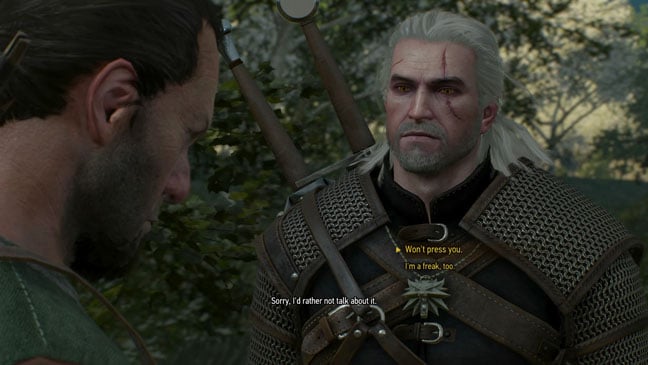 Helpful at drawing me into the storyline, the quests are often linked to becoming more familiar with the central characters – and exploring Geralt relationships with them and how these affect the central plot – but never ignore a stranger in need at the side of the road.