Another much-requested aspect is the new symbols library, which allows designers to create reusable SVG design elements. There are quite a few other improvements in this release; far too many, in fact, to cover in detail here. Check out the Inkscape .91 release notes for a full list.

Is the latest version of Inkscape up to replacing Adobe Illustrator? The answer, naturally, depends on what you're doing, but in most cases I would suggest that yes it is.

There will be a learning curve of course and, luckily, the Inkscape project can help. In fact the Inkscape wiki has a page devoted to helping Illustrator refugees get comfortable. Note that that page hasn't been updated to match some of the changes in the latest version of Inkscape or Illustrator. The sections on what Inkscape can do that Illustrator cannot and vice versa are out of date, but it should get you up and running.

Of course, Adobe hasn’t made it easy to get free of subscriptions simply by swapping out Illustrator. Most professional or amateur creative types use Illustrator in conjunction with some other Adobe app, which you'll also have to replace. Luckily, these days, the open source world stacks up quite well next to the Adobe suite.

Probably the best example of this is the GIMP, which, thanks to a robust plugin library, often actually far exceeds Photoshop in certain cases.

That doesn't mean dropping Photoshop is as simple as installing GIMP and deleting Photoshop. Having used Photoshop professionally for nearly two decades and recently (two years ago) switched to GIMP full time, I can attest to the fact that the transition can be bumpy. You’ll find menu items aren’t where you expected them, the keyboard shortcuts are different (though these can be customised to match Photoshop) and sometimes things work completely differently. But, that said, I've yet to find something I wanted to do that GIMP just could not do.

In fact many of the recent technology advancements Photoshop has become well known for, like the so-called content-aware scaling and content-aware fill – which lets you to do things like zap all the tourists out of your photos – have been available in GIMP (via plugins) for far longer than Photoshop.

Another Adobe suite favorite is Premiere, the video editing application, and its post-production counterpart, After Effects. Video editing professionals with an interest in open source will already know what I'm about to say, but the fact is the open source world can't compete here.

There is simply no open-source video editing application that can hold a candle to the likes of Final Cut Pro, Avid or even Premiere. To be sure, there are non-linear editors available, many of which would be suitable for producing high quality films. 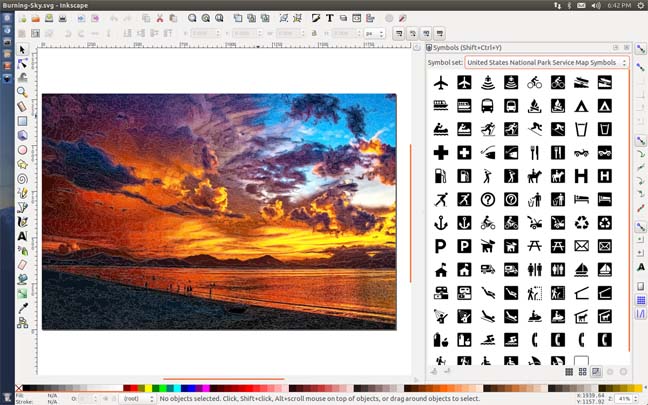 Cinellera and Lightworks (open source, but not free as in beer) are the top contenders here. Both are capable of producing great things, though in my experience Cinellera is frustratingly buggy. Cinellera recently released a major update though so hopefully this has been fixed. Lightworks is more stable, but if you want to export to the de facto standard H.264 you'll need to buy a Lightworks license, which, while no more expensive than Adobe Premiere, is still outside the budget of many users.

The major problem with those and any other application in this space is the community around it – and, more importantly, the plugin ecosystem the community builds – can't hold a candle to what Premiere, After Effects and Final Cut Pro enjoy.

The good news is that five years ago you could have said the same thing about Inkscape vs Illustrator or ten years ago about GIMP vs Photoshop.

That doesn't help much if you need to edit a film right now, but while the open-source world may be playing catch up on that front, the news is much better for almost every other graphics app the closed-source world had produced. ®