Get another loan, fanbois, the new MacBook Pro and iMac are here

Apple has updated its MacBook Pro and iMac lines with improved hardware specs and sharper displays, and the usual four-figure price tag.

Cupertino is equipping its high-end 15in notebook with the Force trackpad introduced in the 13in MacBook Pro earlier this year. The new MacBook Pro will also sport a faster SSD drive, improved graphics hardware and what Apple reports as a 9-hour battery life, as well as its 15in Retina display.

For those who still prefer a desktop, Apple is also looking to revamp the iMac line. The new 27in model will sport a 5K display of 5120 x 2880 and a 3.3Ghz Intel Core i5 processor. The desktop also sports an AMD Radeon R9 M290 graphics chip, 8GB of RAM, and a 1TB HDD drive. 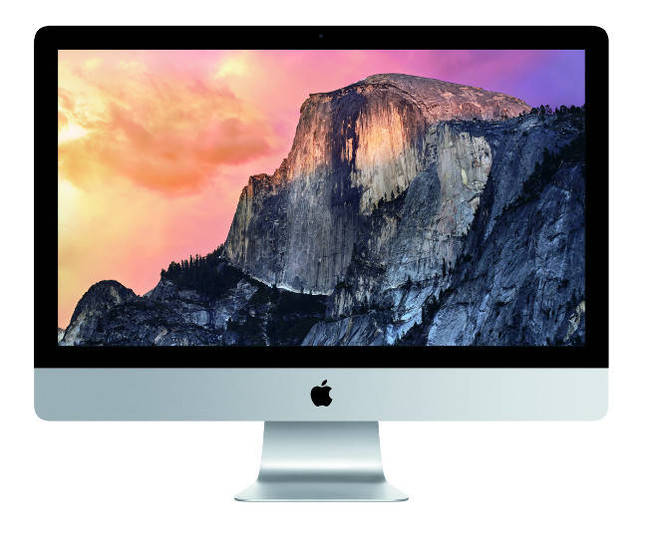 Lost in the hoopla of the new MacBook Pro and iMac releases was the introduction of a new iPhone accessory. Apple will now offer a $40 Lightning dock to charge up the wide-framed iPhone 6 and 6 Plus models.®