Farewell to HBA twin Emulex too; away we go to Avago

Analyst haus Stifel Nicolaus' MD, Aaron Rakers, sees QLogic ramping up its 10GbitE products, with 25/50/100GbitE ones coming. QLogic says it has a time-to-market lead with 32Gbit/s Fibre Channel adapters which should ship early next year.

There's plenty of life in the old Fibre Channel dog yet, although the server-attach market is flattish. 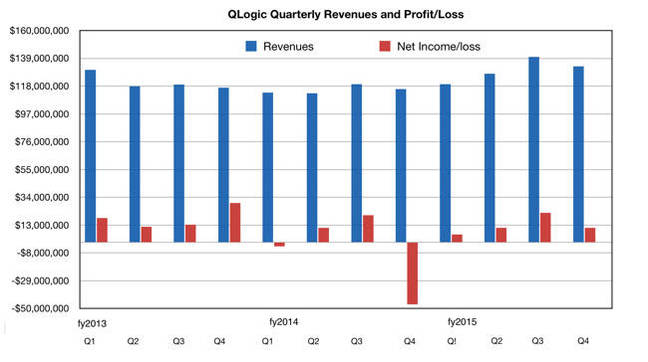 The annual picture is here: 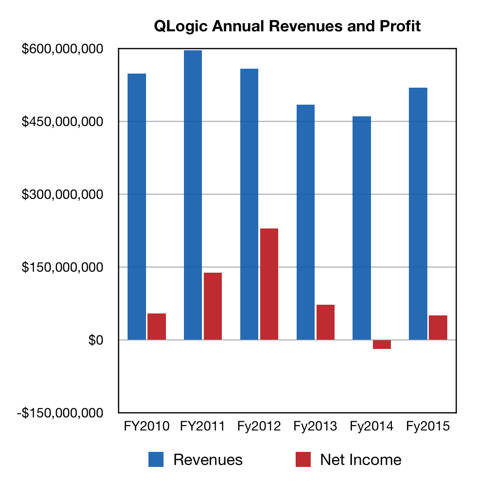