Antique Code Show So as Witcher 3: The Wild Hunt stakes its claim as RPG of the millennium, I figured it’s time to look back on a turn-based fantasy questing classic of yesteryear, which definitely doesn’t feature any stuffed unicorn sex. 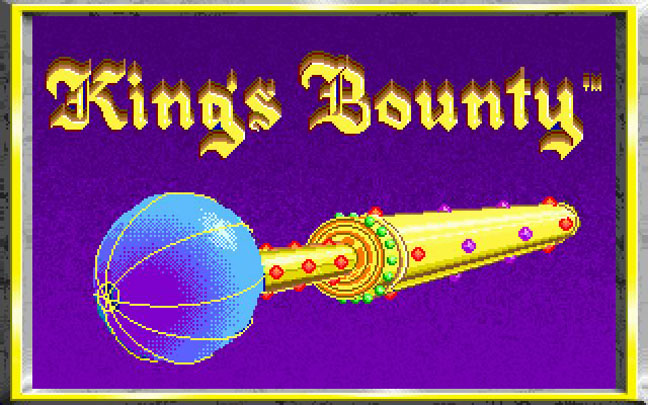 King’s Bounty is a turn-based strategy/adventure developed in 1990 by New World Computing. The game is invariably mentioned in the same breath as – and is seen as the progenitor to – Heroes of Might and Magic, a popular turn-based franchise also developed by Jon Van Caneghem but eventually sold off to Ubisoft.

King’s Bounty was eventually released on a number of platforms. I had the SEGA Genesis port, though following discussions in the pub, I was surprised how many people played the DOS version.

The plot of King’s Bounty involves King Maximus ordering my character – a knight, paladin (I’d usually choose a paladin), barbarian or a sorceress – to seek out the Sceptre of Order. This symbolic staff has unfortunately fallen into the ghastly grip of gigantic dragon Arech Dragonbreath and his army of darkness.

"You must restore my kingdom. I, too, must be restored. I am tied to this land and as it dies, so do I. My days here are numbered. You must recover the Sceptre if I and my land are to live.” 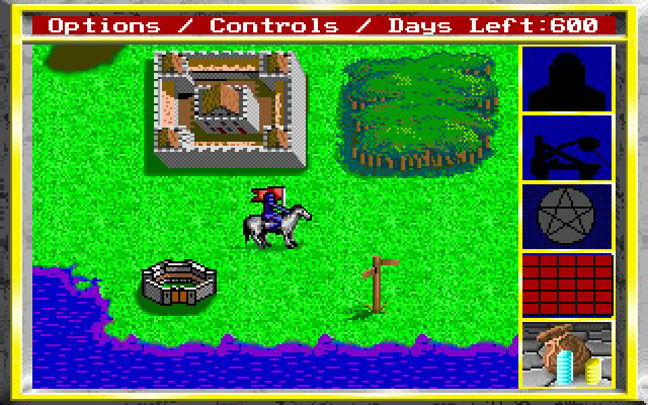 It turns out that I have to search the game’s four continents to seek out pieces of a map (there’s 25 to be found) that will reveal the sceptre’s location. All sounds a bit l-o-n-g but you don’t have to take on this quest alone. Fundamentally, the gameplay was about levelling to get new creatures to control. My Kings’ Bounty tip of the day: watch out for those out-of-control Ghosts.

You get a weekly commission from the king and can use it to hire troops for my army. At the king’s castle, where you start off, you can hire standard soldiers, like knights and pikemen. But these guys aren’t hard enough to fight off wandering armies or destroy the strongholds of the villains that the king has placed a bounty on, such as Deathlord Rinaldus Drybone.

As you explore the world, you quickly reach places, over land and sea, where you can hire more powerful and unusual units to join my army. These include skeletons, dwarves, sprites and even giants, all depending on your leadership level. 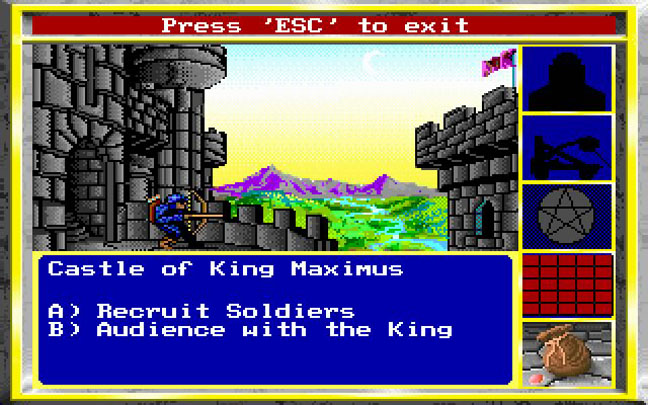 You need to be constantly on guard though, as different army factions don’t get along and tend to in-fight or ignore orders, leading to chaos. I remember Dwarves not being the best of allies with Goblins or Orcs, and the Undead seemed to get twitchy around pretty much everyone else. I recall peasants having very low morale and being pathetic enough to be generally used as cannon fodder: their pitchforks just don’t cut it against an angry dragon.

Next page: Across the board
Page:
Corrections Send us news
8 Comments