IBM Model 1401 can hash, will produce a Bitcoin some time after the Sun explodes 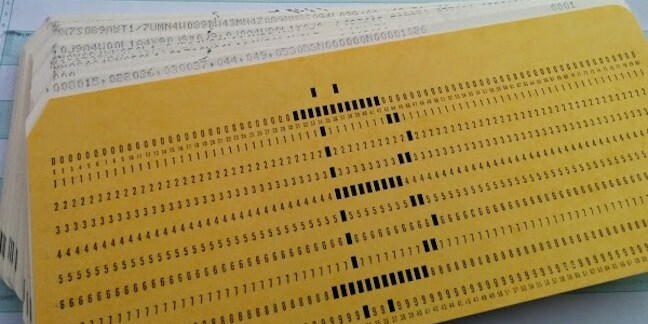 Vintage hardware enthusiast Ken Shirriff has shown that a model 1401 mainframe, which IBM announced in 1959, can mine Bitcoin. If, that is, your definition of mining includes “chugging away at the problem until pretty close to the heat-death of the universe.”

Ken Shirriff used the Model 1401 housed at California's Computer History Museum and reckons it was “... almost the worst machine you could pick to implement the SHA-256 hash algorithm” on which Bitcoin and the blockchain rely.

That's because the SHA-256 algorithm “... is designed to be implemented efficiently on machines that can do bit operations on 32-bit words.”

“Unfortunately, the IBM 1401 doesn't have 32-bit words or even bytes. It uses 6-bit characters and doesn't provide bit operations. It doesn't even handle binary arithmetic, using decimal arithmetic instead. Thus, implementing the algorithm on the 1401 is slow and inconvenient.”

Shirriff's workaround was “... using one character per bit.”

“ A 32-bit value is stored as 32 characters, either "0" or "1". My code has to perform the bit operations and additions character-by-character, basically checking each character and deciding what to do with it. As you might expect, the resulting code is very slow.”

The code, and more of Shirriff's tale, can be found here for your reading pleasure, along with news that the Model 1401 was capable of hashing albeit at a rate of one every 80 seconds. At that rate, he writes, “the IBM 1401 would take about 5x1014 years (about 40,000 times the current age of the universe). The electricity would cost about 1018. And you'd get 25 bitcoins worth about US$6000.”

Which would be a bad use of everyone's time and resources, even if you could keep the 1401 running for 5x1014 years. ®