The "Body in White"

The site itself is amazingly cramped, with every square inch of space on, above and below ground utilised to the full. While we were there, a van which had parked three feet outside of its designated space caused mayhem to the movement of other vehicles around the site.

Two main parts of production are featured on the tour. The first is rather bizarrely named “Body in White”, which shows where the bodies are built up and bolted to the chassis. We unloaded from the tour bus Defenders and were shown around by our guide.

There are “safe” walking areas outlined on the floor and, as long as we stuck to them, we were assured that our chances of survival were relatively high. You might wonder if the people working at the factory would regard the "tourists" as a nuisance, but they didn’t appear to do so. They smiled and, if we asked questions that the guide could not answer, they were happy to supply the required information. 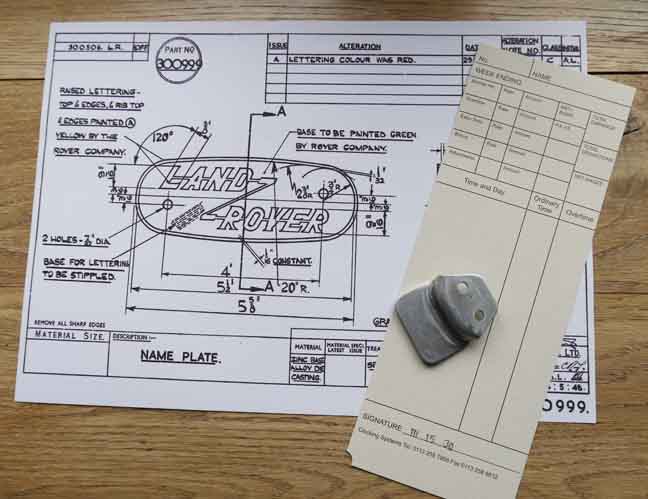 From thence the vehicles (and the tour) move to “Trim and Final”, where the parts such as glass, engines and wheels are added and the vehicle is finished off. At first glance, these huge sheds seem a confusing mix of noise and random activity, but slowly, the explanations of the guide meant that it made a Land Rover kind of sense.

Remarkably, the vehicles are still put together largely by hand: a real live green-clad person lifts up a door and fits it to the vehicle. It’s a human workshop on a grand scale, not a clinical, robotic nightmare.

It is obvious that the Land Rover has been steadily updated over its production life and, while the shape remains clearly identifiable, virtually every component has changed during that time.

However, our guide delighted in showing us the two parts that the current Defender still has in common with the original pre-series Land Rover from 67 years ago. One is a small reinforcing bar for the body floor and the other is a tie-down cleat for attaching a canvas hood.

Next was a celebration area set up within “Trim and Final”. It is like an early production-line-cum-workshop complete with parts bins, drawing office and test area. Surrounded by photographs, among other things we inspected an example of the run-out Heritage model, put together to mark the end of prodction. There was also a fairground-like attraction: an early-series Land Rover that will tilt to its operating limit of 30 degrees with you in it. 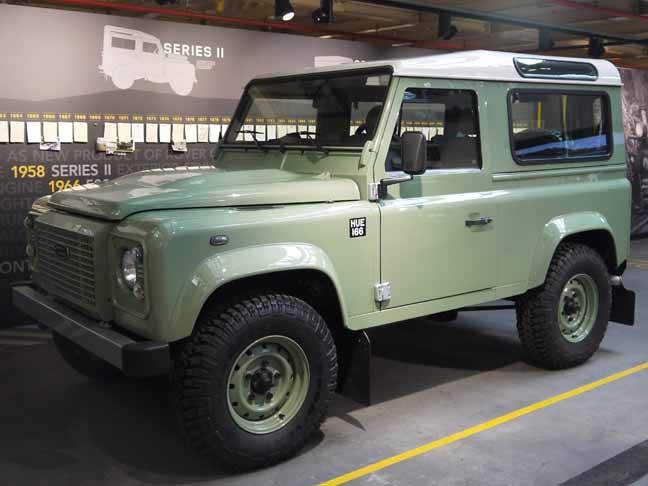 We were also given period brown overalls such as would have been worn in the early days of manufacture. These were not compulsory, but why go on the tour if you aren’t going to get involved?

Finally, it was back into the huge Defenders for the trip back to – and the inevitable exit via – the gift shop.

Thoughts? As JLR senior designer Peter Crowley-Palmer told us, you can think of it as “a classic car you can buy new”. But sadly, not for much longer.

To be technically accurate, the Defender is “the vehicle currently known as Defender”, because its moniker has changed several times over the 67-odd years of its production.

Land Rover history is complex – so complex that even the company gets it wrong, as it did on the official T-shirt, giving the garment instant schadenfreude appeal for aficionados.

The Land Rover didn’t start its life on the back of an envelope but as a line in the sand. The idea dawned on Rover technical director Maurice Wilks at Red Wharf Bay on Anglesey whilst walking with his brother, Spencer. Wilks saw the need for a robust utility vehicle for agricultural use. This was in 1947 and after a year of rapid development, the first Land Rover was launched.