Microsoft: Cortana not exclusive to Windows – it loves Android, iOS too

Swinging digital assistant to pal around with Redmond rivals 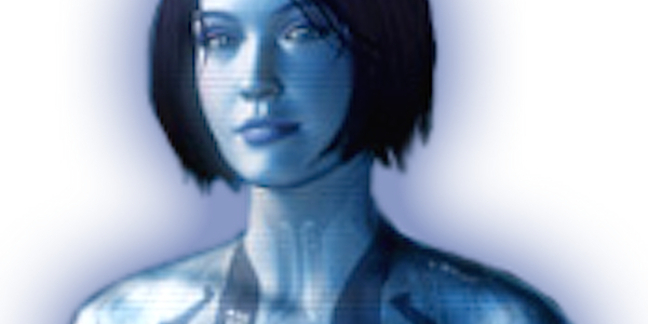 Cortana, Microsoft's personal digital assistant that will be built into Windows 10, will also be available on Android and iOS devices, the software giant confirmed on Tuesday following rumors that have been swirling around since March.

In a blog post, Microsoft operating systems veep Joe Belfiore said that most – but not all – of Cortana's functions will be available via apps for Android and iOS as a kind of teaser to coax customers over to Windows devices.

"Although the functionality will be very helpful, because it's 'just an app' there will be certain things that Cortana does on Windows phones that won't work on Android devices or iPhones," Belfiore said.

For example, while Windows users will be able to call up the software on their PCs and phones by saying "Hey Cortana," that won't be possible on non-Windows devices.

Cortana will also be able to change settings and launch apps on Windows devices, Belfiore said, which won't be possible on Android and iOS, at least initially.

Cortana is Microsoft's answer to its competitors' digital assistant software, including Apple's Siri and Google Now, which come bundled with iPhones and Android devices, respectively.

And while Microsoft has included Cortana as a feature of its phone OS since the Windows Phone 8.1 update, there's a small problem – nobody is buying Windows phones. By most surveys, Redmond's smartphone OS holds but a small single-digit share of a market that's all but completely dominated by Apple and Google's handset partners.

Microsoft plans to release a "Phone Companion" app for Windows 10 PCs that will assist customers in installing the Cortana apps for iOS and Android, Belfiore said.

He added that the apps will sync across devices and platforms, presumably via Microsoft's OneDrive cloud storage service.

"Everything in Cortana's Notebook will show up across all your devices and any changes you make on one device will be reflected when you use Cortana on any of your other devices," Belfiore said.